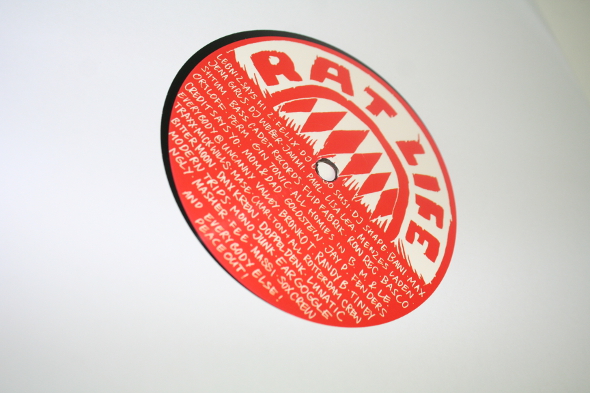 Even if you tried really hard, it would be difficult to find two records that sound more unlike one another than the fourth and fifth Rat Life releases. While Swedish band The Pagan Rites’ Every Mauser & Browning had a dance edge at times, it was more focused on new wave guitars and lo-fi punk production. By contrast, the follow up release is all about the peak time. 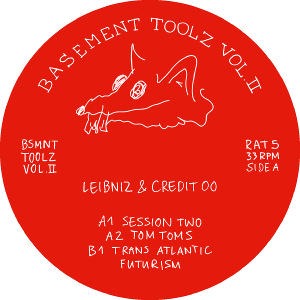 Meanwhile, the pair add a vocal sample that sounds like it was lifted from a ’70s blaxploitation movie. “Tom Toms” is a far more brutal affair. The drums that are referred to in the title pound mercilessly into a state of distortion and just as it becomes too much to take, Credit 00 and Leibniz steer the track into a break down that is full of dramatic but brutal rave stabs.

They add and subtract this dystopian element randomly, but the bruising toms remain at the heart of the arrangement. Rounding off the release in quasi-apocalyptic mode is “Trans Atlantic Futurism”. Again, the pair drop devastatingly hard drums, but on this occasion, they are relegated to a sideshow rather than the main event. The real draw here are the crashing snares and claps and the relentless distortion and feedback that the arrangement is covered in.

Like an unfortunate asteroid being dragged from the outer limits into the middle of a pulverising forcefield, there is almost an inevitability to the raw energy that powers “Trans Atlantic Futurism”. It’s a long way from Swedish new wave.

A1. Session Two
A2. Tom Toms
B1. Trans Atlantic Futurism