Hieroglyphic Being writes The Acid Documents 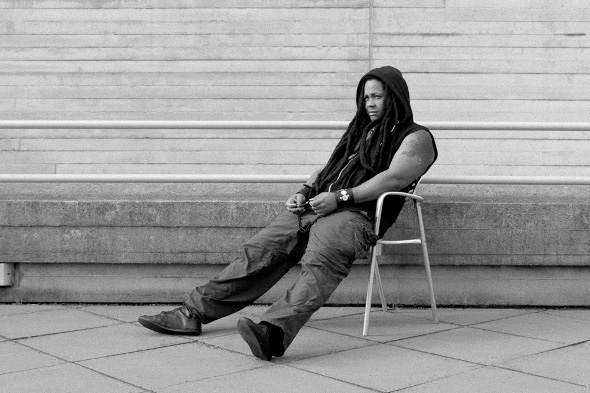 Jamal Moss has yet another album of space-walking box jams to share with the world via Soul Jazz.

Just two weeks ago we were reporting on the ambitious collaborative effort between Moss and a host of esteemed musicians including Marshall Allen for Rvng Intl. while not long before the focus was on his industrial baiting I.B.M. alias with the From The Land Of Rape & Honey collection on Interdimensional Transmissions. Between a mammoth archive of early works and a prolific creation rate, the world could never be left wanting for fresh insights from that most otherworldly of Chicago box jammers. Aside from the more widely distributed material, it would certainly not be enviable to be a Moss-completist with the swathes of obscure tapes and off-grid CDRs that land in unpredictable places.

Soul Jazz were one label to get an exclusive limited run of home made CDs with fresh Hieroglyphic Being material on them, which were sold in their London-based Sounds Of The Universe store. Now the label are doing the honorable thing and making the release widely available, and in the process they’re launching a specific Sounds Of The Universe sub-label. If there was one artist suited to a label with such a name, it is surely Hieroglyphic Being. The Acid Documents will arrive as a double vinyl package and CD pressing limited to 1000 copies, and features some striking artwork by Japanese artist 2Yang. It’s worth noting Sounds Of The Universe also plan to release a second album of material from Moss under his Afrikans With Mainframes alias early next year too.

Sounds Of The Universe will release The Acid Documents by Hieroglyphic Being on October 30. 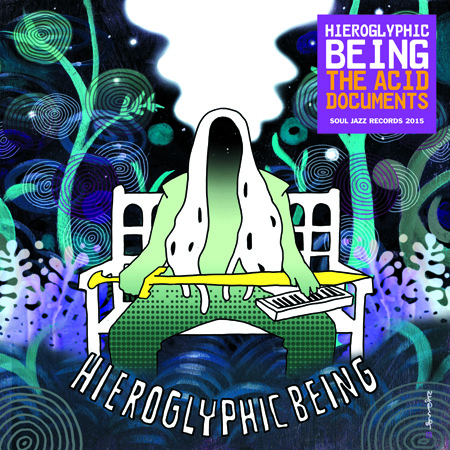