Inoue Shirabe – Down Into The Black Church / Camping In Your Soul 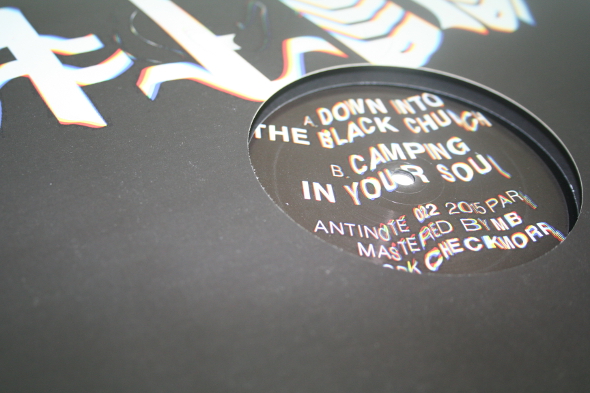 He may only be 10 months into his recording career, but already Inoue Shirabe has made a positive impression. In the space of two releases – a debut 12” for Antinote in January, and an ultra-limited cassette for birdFriend [sic] – he’s proved to be a dab hand at delivering the kind of vibrant, kaleidoscopic deep house and melodious machine music that recalls the work of some of Japan’s most expressive electronic musicians. 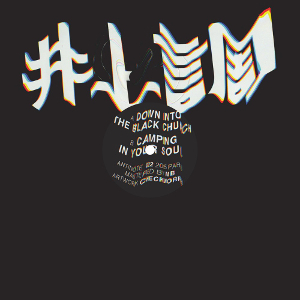 Listen carefully to his material, and you’ll hear echoes of fellow countrymen Yellow Magic Orchestra, Yuji Takenouchi (particularly his late ‘90s work for Apollo and others as Mr YT), Soichi Terada, and, to a lesser extent, Dj Nori, Gonno and Kuniyuki Takahashi. In terms of new school influences, there’s a touch of Vancouver-style new age house about some of his compositions, particularly those found on the birdFriend cassette.

Those who copped his first double A-side release on Antinote would have been in no doubt to the Japanese producer’s talents. “You Don’t Know My Light Cycle” was a bubbling, almost sparkling affair, with ‘90s ambient influenced synthesizer melodies bursting forth atop a tactile, soft touch deep house groove, while flipside “YSYEYXY” was the kind of exotic, far Eastern builder that not only defied easy categorisation, but could also have been written by Ryuichi Sakamoto.

So what of this follow-up? Certainly, it’s another rather special release, with Shirabe further enhancing his rising reputation. Like its predecessor, the 12” bristles with attractive synthesiser work, shows an innate grasp of mood and melody, and again sounds like it was made after an extended period spent exclusively listening to early Japanese deep house, ambient and ‘90s electronica.

Despite its name, A-side “Down Into The Black Church” is nowhere near as bleak, creepy or clandestine as you’d perhaps expect. In fact, it’s almost rush-inducing in its unbridled positivity, with chiming melodies, tuneful synthesizer flourishes, deep chords and a dancing bassline combining to create a cheerfully dreamy, horizontal mood. At 96 BPM and with beats that shuffle rather than bang, it’s perhaps closer in feel to vintage ambient house than the more floor-friendly variety. Really, it matters not; however you categorize it, “Down Into The Black Church” is something special.

Wisely, perhaps, Shirabe increases the tempo on the flip side with “Camping In Your Soul”, once again doffing a cap to early Japanese deep house, whilst clearly displaying the futurist spirit of Detroit’s techno pioneers. The track is built around another notable, ear-catching bassline, with metallic hits, psychedelic guitar touches, alien electronics and minor key melodies helping to enhance the far-sighted, almost intergalactic mood. It’s a little darker and murkier in mindset, but still tuneful and strangely attractive. Even at his darkest, it seems Shirabe is incapable of abandoning his principles.

A. Down Into The Black Church
B. Camping In Your Soul