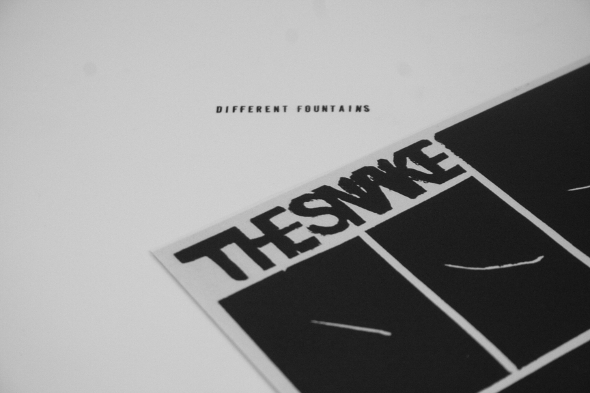 With their Shrimp That Sleeps album for Meakusma last year, Michael Langeder and Bernado Risquez reached a wider audience for their Different Fountains project. The fluid style adopted by the pair across the LP certainly stood out as a unique proposition, moving from dusky deep house ruminations to outright abstraction by way of tribal incantations across eleven tracks, all played out with an instinct that cared less for the dancefloor than for creating a spiritual feeling regardless of context. Meanwhile their Different Foundations Editions label has served as an outlet for some of the album tracks with a louder 12” cut and some additional remixes, most notably drawing on stand-out tunes – “Muybridge” and “Deep Home” – and handing them to Karen Gwyer and Madteo respectively for some killer reworkings. 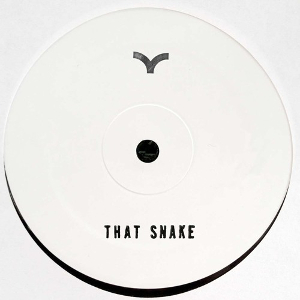 After a brief spell of silence Langeder and Risquez are back with The Snake, a two-track 12” that further builds on their developing identity and truly marks them out as gifted alchemists in the increasingly explored middle ground between traditional percussion-driven ritual music and contemporary electronics. The record starts with “This Snake”, which leads in on an intricate weave of drums and melodic percussion before meeting with a citrus-fresh chord that clears the air for a scatty drum machine clap. The track takes shape in a very delicate manner around this incident, coming into focus with a sturdy kick and subtle square wave bassline that works like a fine but invisible adhesive, bringing these ranging elements into some kind of focus. From there it meanders like the titular creature it’s named after, returning to that opening gambit only to veer away and return impulsively, in some ways channelling the push and pull of a dance track without ever resorting to trite build-ups, break downs or whooshy white noise. Instead “The Snake” undulates with the hypnotism of traditional trance music, changing tact for the latter half without ever needing to make a big deal about it.

Considering the duo’s predilection for live performance, one wonders whether this was indeed a live take situation; the erratic snap of a lonesome snare here or the impulsive introduction of a new synth pattern there lends credence to this idea. It’s in this looseness that the production holds its appeal, reaching to a meaningful end result that exists outside of binary ideas such as ‘heaviness’ or ‘deepness’.

On the flip “That Snake” is in some ways a very different beast, and yet it follows the same path through dense conduits of ethnic percussion and eyes-closed meditative thrust. However, it feels guided by Western soul, with a linear progression that aligns closely with techno, and whispers of female vocal lend a certain house-y familiarity to proceedings. It’s certainly not a sign that Different Fountains ditched their mojo of the ancients on this session, as the track still fizzes with sounds from far-flung corners, but here both parties are right on target from start to the finish which leaves gives its respective elements the freedom to flirt with effects processing instead of hanging on for a switch-up.

When the results are as intoxicating as they are on The Snake, it doesn’t really matter whether Different Fountains take an erratic approach or lock down into a groove. The essential factors are the sound palette they use, and the natural way they wield that palette to create a very modern kind of ritual music. There is something of a trend towards African, Indian and other such exotic percussion in electronic music right now, but the good and the bad in these practices stand out very clearly. In the same way the likes of the Acido Records crew or Edward on Giegling can channel those inspirations in a respectful, original and worthwhile way, Different Fountains too have their own way of summoning up the supernatural power of these sounds and making something utterly magnificent.