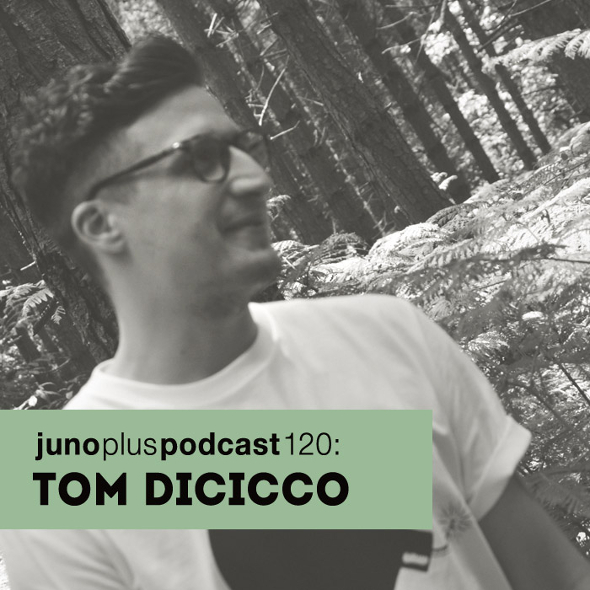 The Run Out Run boss man lays down a primer for current strains of techno.

Tom Dicicco should be something of an inspiration to budding producers out there in proving that hard work, perseverance and a cordial attitude will eventually get you somewhere near to where you want to be. Debuting on the Baud label in 2010 with some understated dub techno in the Material Things EP – featuring a remix by one Patrick Gräser, aka Answer Code Request – Dicicco’s music also made its way to compilations and various artist EPs put out by labels like Stockholm LTD, Other Heights and Jonas Kopp’s Traut Muzik (alongside Dario Zenker) to Semantica via the talent pool that is Svreca’s Nonnative Series.

With some inspiration from David Attenborough’s Frozen Planet documentary, Dicicco established the Wood Bison-referencing Inner Surface Music label with AnD in 2011, and his own, fittingly cold and dusted-up Exit 12” sketched out his first release on the label the following year. It was around this time that Dicicco hooked up with Andrew Bowen of AnD for a track on Brothers, but it’s the Untitled split EP with Kowton on Paul Cooper’s sorely missed Project Squared which stands out as some of his best work. The Northampton resident, whose surname is pronounced Dee-chee-co should you be wondering, has since gone on to create his own independent platform called Run Out Run, and to date the label has released three of Dicicco’s own records, plus others by D’Marc Cantu, bass-weighted techno producer Killawatt, and a collaboration between John Osborn and Tallmen. More recently, Run Out Run’s second record for 2015 was a various artist EP headlined by October and Crème affiliate TX Connect.

With a four-track 12” on Anthony Parasole’s The Corner featuring the lovely label graphic of a young Mike Tyson feeding pigeons added to his name as well, Dicicco, in 2015, finds himself in good stead as he readies himself for a release on Jordan Czamanski’s Off Minor called Mad Dealer. It may not be the most logical of unions given the run down you’ve just read, but Dicicco told us how he came to release on the Amsterdam label. “I asked if he (Czamanski) would mind listening to a few new bits from me to get some feedback. He messaged back after a listen saying thank you and that he really liked the tracks. Then about a month or two later I had another email from him saying he was still really into two of the tracks I’d sent him and asked if I’d be up for doing an Off Minor EP, and that was that.”

Dicicco’s own production palate ranges from the booming dub techno of earlier tracks like “Night Erosion” to the dirty sewer sounds of his most recent “16 Reels”, and with this in mind he delivers a Juno Plus podcast which can be seen a sonic outlay of his personal, and developed take on linear, dancefloor tracks. Sewed together by his fine mixing skills, Dicicco provides a driving selection of clubby sounds facilitated by the likes of Gesloten Cirkel, DJ Spider & Phil Moffa productions to forthcoming music from Kowton, Donor, Hodge and Terron, while sneaking in both tracks from his aforementioned Off Minor debut. No interview this time, just techno.