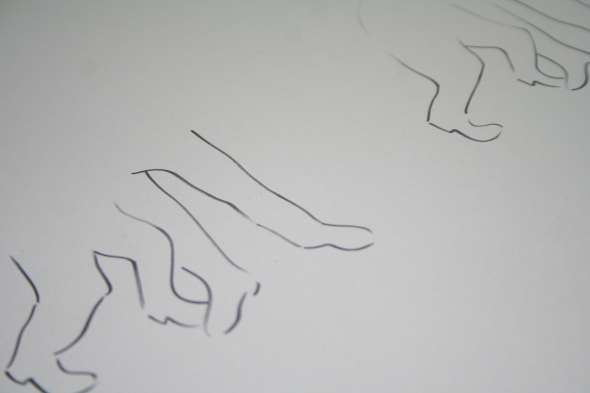 Listen to the opening track on Beatrice Dillon’s new EP for Where to Now? and you’ll know what Thomas Pynchon was talking about in the first line of Gravity’s Rainbow, when he writes “a screaming comes across the sky. It has happened before, but there is nothing to compare it to now. It is too late.” Dillon’s immersive mesh of electronic and acoustic sounds aren’t quite as apocalyptic as the atom bomb Pynchon was referencing, per say, but once you hear the first squelching notes of collaborator Verity Susman’s tenor saxophone overtop Dillon’s raw-rubbed techno framework, it’ll be hard to focus on much else. The tracks on Face A/B strike a rare and powerful balance: Chaotic and dishevelled enough to throw your brain off balance, but with an internal rhythm and logic that bodies recognize and act on. 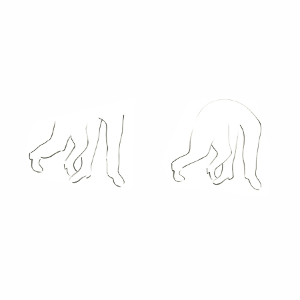 This certainly isn’t Dillon‘s first rodeo – she’s gone from composing film soundtracks for Claire Hooper to bursting onto the radar of many with 2013’s Blowing Up The Workshop and Folksways mixes, each bringing out the most psychedelic elements of the genres she approaches. Last year’s excellent Blues Dance on Where To Now? pitted real life snare drum experiments with sparse, dubby electronic padding, and made many a grey commute for this writer bearable. But there’s something about Face A/B that feels fully crystallized in its focus and purpose, Dillon’s most arresting, accessible, and infectious record to date. Continuing to explore the interplay of carefully measured techno impossible-to-contain live instrumentation, Dillon’s work oscillates between unsettling, cerebral and joyful, often all in the same track.

While the strangled saxophone in “Face A” will draw your immediate attention, what’s so effective about it is how it settles into a groove with Dillon’s understated, shuffling rhythms. Shifting the spotlight back and forth like two chess players on a speed run, it’s reminiscent of the groove that DJ Sotofett’s “Foliage (808 Sax Mix)” ekes out between saxophone and percussion. While Dillon’s creation is more organic and free-flowing than Sotofett (and her daunting encyclopaedic musical knowledge suggests a connection to Miles Davis circa Big Fun is at work here), both tracks are effective because of their head-on embrace of dissonance.

“Face A” seamlessly fades into its second movement in “Face B” which tunnels the record’s first half into a subterranean bunker: Reusing some of the sounds from “Face A”, Dillon reconstitutes them – looping, phasing, and generally manipulating the organic elements into fragmented shards of their former selves. Dillon’s work has always come through as exceptionally thoughtful, but “Face B” is the first time that one of her tracks grabs you by the shoulders and shakes you thoroughly, capturing the perfect energy of an on-the-fly live set.

“Sonnier (Walk in the Light)” sounds like a hissing pile of live electrical wires – just a touch more subdued than Vereker, and just a touch more minimal and restrained than Further Reductions. While it has its own jacked-up, sideways staggering lilt to it, without the blaring saxophone of the previous two tracks, it feels as if something’s missing. Regardless; the existence of “Face A & B” alone are two excellent reasons to pick up Dillon’s latest release, a record leaves you feeling woozy and elated at once.