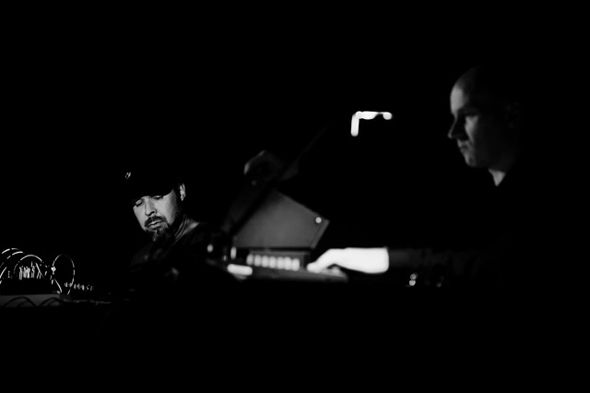 Peau froide, léger soleil is the result of three years of recording and live performance.

It’s never easy to get a full handle on the output of Mika Vainio. His work as one half of Pan Sonic alone is enough to contend with, before you consider the swathes of releases under his birth name, the techno output as ø and a whole host of other aliases and collaborative projects. Whatever the case the plucky Finn has rightly positioned himself as a leading light in the noisiest corners, without ever losing his grip on more structured techno creations within the sonic chaos. French composer and performer Franck Vigroux meanwhile has led an equally varied life in experimental music, working as a multi-instrumentalist with many different artists, but also spending much time performing live with Vainio as an equally dedicated investigator of tone generation and manipulation.

Vigroux previously inaugurated Cosmo Rhythmatic with the Centaure 12” last year, and now he returns to the label alongside Vainio with the first recorded manifestation of their collaboration. Purportedly brought together after a show in Paris in 2012, Peau froide, léger soleil is comprised of nine tracks that sit neatly at the juncture between rhythmic techno and abstract noise. The album follows the recent collaboration on Cosmo Rhythmatic between Black Rain and Shapednoise, the latter of whom forms part of the team that started the label as a noisier spin-off from Repitch Recordings. 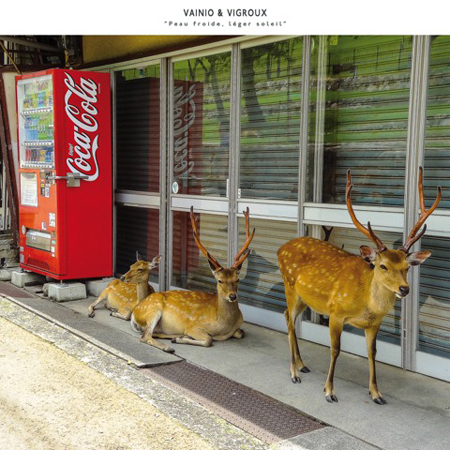