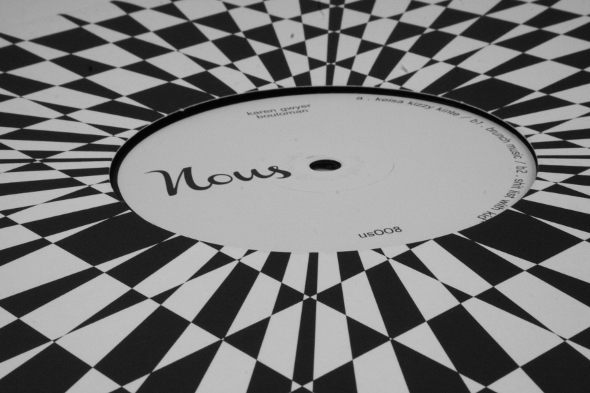 The golden boy from the fresh wave of grime is back in action after recent outings on the likes of Tectonic and Wisdom Teeth. This time Parris has invited Wen to moonlight on Soundman Chronicles, joining the likes of Facta, Etch and Epoch, and he’s bringing a more varied sound that stretches across a doublepack’s worth of tunes. There’s swooping dubby new age ambience on opening cut “Arlington CT9”, while “Pace Myself” equally comes in heavy with strong lead. “She Giv”, too, deals in illustrious emotive tones deployed in broad strokes at odds with the stark minimalisms of the early Wen material, although there’s still space for some Spartan low end rumblings from the likes of “”Lunar Tide Cycle”. In essence though this is a release where an emergent artist spreads his wings to great effect.
More info/buy

It’s a good time for cutting edge bass sounds emanating from the UK, as typified by this killer 12” from Acre and Filter Dread. The former has been plenty productive in the past year, appearing on Tectonic, Cold and Wisdom Teeth amongst others. The latter crept on the radar through a choice tape on No Corner, and since has been on Ramp amongst other fine establishments. This collaboration facilitated by new PAN sub label Codes (operated jointly by Bill Kouligas and Visionist) has yielded a fearsome six tracker that deals in wonderfully gruesome synth tones, unrelenting frequency pressure and a measured delivery that makes for thrilling listening. Unafraid to bring their sound out front with distinctive melodic hooks in amongst the rasping broken drums and off-kilter noise, Acre and Filter Dread have whipped up a fine document of where uniquely British club music has been heading since the dubstep days.
More info/buy

After New Roof on her regular haunt of No Pain In Pop brought Karen Gwyer to the attention of the wider record buying public, it’s been pleasing to see the London-based artist appear on the live circuit at regular intervals and further establish herself in the cut and thrust of vibrant outboard electronic music. As with kindred spirits such as Factory Floor and Aurora Halal, the trick is in the way she wields such well-worn devices with a keen instinct for the melodic and captivating in electronic music. From the slow, snarling electro thrum of “Keisa Kizzy Kinte” to the urgent techno stomp of “Brunch Music”, the synths bound out in energised forms while the grubby beats pogo with an infectious intent. “Shit List With Kid” takes the energy levels even higher with a sprawling, broken and soaring rush of broken drums and pounding arpeggios. It’s a mighty force of musicality that stimulates even as it annihilates.
More info/buy 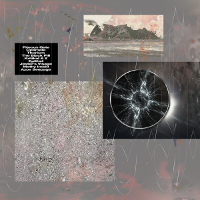 Berlin artist M.E.S.H. has been hot property for some time now, scoring swathes of acclaim for just a pair of EPs on Dyssembler and PAN respectively, and now is the time for him to build on that buzz with a powerful album statement, once more returning to the latter label to do the business. There’s a curious hookiness to the more full-bodied tracks on Piteous Gate, from the maddening jerk of the looped snare blast on “Epithet” to the strafing interference tones that dart and vibrate through “Thorium”, and there’s plenty of space for a little fun and games as with the starkly British speech that comes bubbling up in “Kritikal & X”. With an innate funk at work in amongst the clang of obtuse industrial noise, it’s remarkable just how deft M.E.S.H. is at making such confrontational music so engaging and dynamic.
More info/buy

After All Caps placed him firmly on the map with the 20 (1996) release, Guy Evans has transpired to be sitting on a positive treasure trove of ’90s techno gems, when the genre boundaries were not yet defined and the methods were primitive. Earlier this year Cejero released the Basf Ferro single with yet more examples of the manna tucked away in his tape archive, and now Nord in Denmark have followed suit and the quality has not let up a jot. There’s a decidedly rough and ready quality to the tracks picked for this doublepack, from the funky breakbeat flow of “CDIIF F B1” to the spitting, snarling drum workout “AS54 A3”, while “CDS90 A1” brings a more sinister tone to bear on the crunchy drum hits. There’s still room for the more esoteric side to Evans too, as on the positively dreamlike acid closer “BASF CHROME A6”, helping join the dots with the prior DJ Guy releases.
More info/buy A lot of disco passes through Juno each week and much can go by the wayside, but a label like Versatile will always offer a glint of light within each week’s gamut that will always almost certainly lead to the diamond in the rough (see the new Public Possession 12” too). This latest record by The Maghreban, who put out a flurry of releases in 2014, returns to Gilb’r’s label with this Wonder Woman three-track, and while it may not be ‘disco’ per se, its influences certainly stem from the genre, only made to sound grungier, with a cinematic, Italian horror-thematic thrown in for good measure – although for some reason B-side tracks “Frenetique” and “Kung Fu” conjure our imagination with thoughts of Speed Racer. Go Versatile Go!
More info/buy 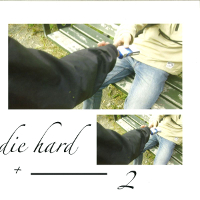 It’s fair to say now, after the artist’s stream of EPs and album Total, Baba Stiltz is a marquee player for team Studio Barnhus, captained by Axel Bowman. It’s mid-summer, and considering Baba’s Discogs profile is an image of a fantasy island resort surrounded by crystal waters, it’s likely to be no coincidence the timing of this release comes around the point when many are setting off toward the blue skies and boat parties of the Mediterranean. Fans of the rustic MPC vibes artists like Paxton Fettel and Dwig are known to make will warm to the sweetness of “Dei2”, while whimsical, pitched vocals – bringing Lykke Li to mind – of tracks like “Born2Live” and “Lil’ High (Filipina Mm)” only add the loved-up vibes this record oozes.
More info/buy 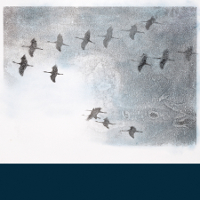 With albums on Editions Mego and membership of the infamous Sunn O))) with Greg Anderson, Stephen O’Malley’s melee of sound has influenced countless musicians, and his appearance on Demdike Stare feels as natural as the driven snow. O’Malley joins a gregarious group of artists to release on DDS that includes Shackleton and Wolf Eyes’ Nate Young to one-time Chain Reaction recruit Shinichi Atobe, and London’s Micachu. For this release O’Malley delivers 35-minutes of soundtrack music spread across two sides of vinyl that blends dreary Celtic-like ambience with the mechanical hum of industrial drone, atonal half-melodies and thinned-out metal cymbals to create a vast listening session of cinematic compositions tense enough score Valhalla Rising.
More info/buy 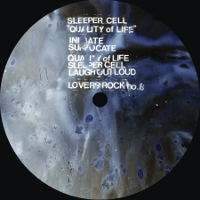 Sleeper Cell is a collaboration between Daniel Martin-McCormick and Jacob Long, aka Ital and Earthen Sea. It’s not the first time the two have collaborated as they once formed the band Mi Ami known for releases on Thrill Jockey and 100% Silk. This Quality of Life EP draws some influence from racial, Police brutality in America, and we were told the five tracks were recorded during a bitter New York winter that saw the pair channel their moods inflicted by the afternoons and evenings of the season. Melancholia can be felt in tracks like the subtle “Initiate” and the dusty “Sleeper Cell”, while there’s tougher, deep house vibes on “Suffocate”. For some dubbier techno that doesn’t fall by the wayside, Quality of Life is perfect for those crespular hours.
More info/buy When it comes to beefy machine music with a sense of soul and tact for overdrive, Bookworms is a producer up there with the likes of Beau Wanzer with the ability to put out music that doesn’t dry the palette. All for tracks across this self-titled EP provide a different slant on the artists raw sound, be it the dubbed-tinged body work out of “Touchless Automatic” to the woozy, industrial static of “Coaxial Electric Slide”. There’s deeper spatial arrangements in “Exotic Auto Boutique” and B2 cut “Control That”, and Nik Dawson reaffirms here that the Bookworms sound is far from one that should be ignored – imitators beware.
More info/buy