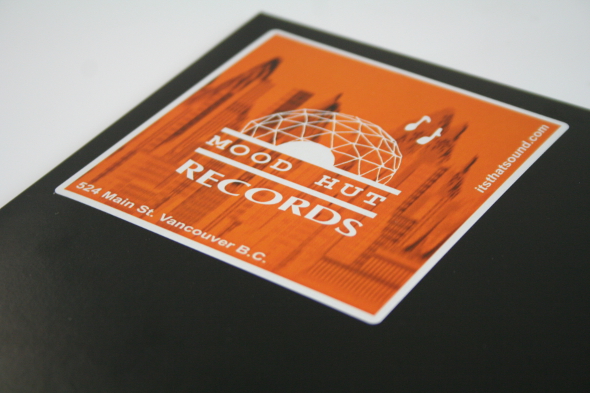 Starcave is only the second full release from Layne Brown’s House Of Doors project, but it reinforces both the artist and label’s reputation at the forefront of modern deep house. At a time when that term has been hijacked and brought kicking and screaming to the stadium and festival main stage – let’s be honest, calling an act like Disclosure deep house is about as accurate as saying that Kanye West has a somewhat modest opinion of himself – Mood Hut and their constituent producers bring the form back to its roots.

Starcave teems and glistens with the warmth and unpredictable energy of releases on classic labels like Guidance, Relief and Prescription. The title track is full of woozy organs and a deranged saxophone squall, and these elements held together by crisp drums and a bass that may or may not have been sampled from a well-known punk funk track. House Of Doors could have an unwitting summer anthem on their hands – certainly that sax is as distinctive as the one Orlando Voorn used for Fix’s “Flash”.

On the flip side, Brown goes deeper without losing the dance floor’s attention. “Burmstar (Twin Mix)” revolves around a rolling groove and crisp drums and when combined with the track’s repetitive organ riff and trippy keys, the requisite hypnotic effect is created. As a final act, there’s the ‘Flute Mix’ of “Burmstar”. As the title suggests, mysterious flutes and wind chimes create a cosmic sound, but Brown makes sure not to lose his edge and rolling snares and rasping percussion is combined with crisp drums.

Neither Brown or the rest of Mood Hut’s output are doing anything that radical, but they are flying the flag for beautifully crafted, soulful dance music at a time when so many around them are releasing one-dimensional fodder.