Blue Russell – I Wanna Fly Away 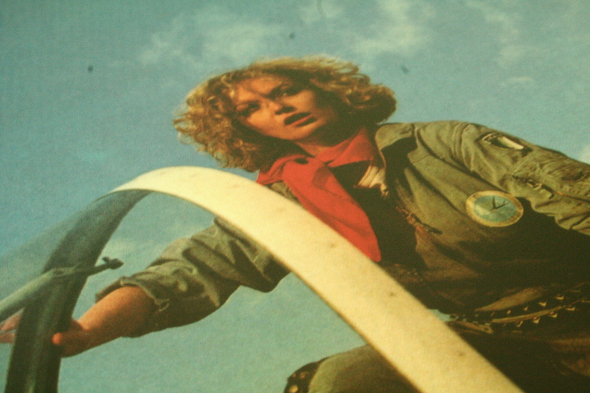 Another month brings another bright, full Italo moon from Dark Entries who spoil us with a trio of singles to accompany us into the glossy nights of the headiest of seasons. This time, we are given some of the rare offerings of power-couple Manlio Cangelli and Lorella Ghilardi; the former a session musician and composer for the early days of commercial TV. Boy can you hear that televisual smack in this gorgeous melody. Ghilardi was his wife, and a singer with a catty and magnetic voice, as well as a talented writer and performer. 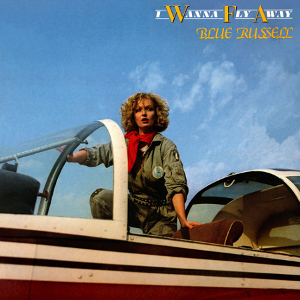 We’re in Milan in 1984 when the two produced Blue Russell’s I Wanna Fly Away; around the same time they also released Orient Express as Wish Key and wrote Clay Pedrini’s New Dream, also reissued in this batch by Dark Entries. The two are also behind the honey-coated sophistication of B. Rose’s Hey DJ (Give me a lot of Music) and Cangelli is one of the founding members of Scotch, amongst other things. We’re talking Italo aristocracy here, and we’re talking Discomagic and its owner Saverio Lombardoni, who had a lot of say about how the two would carve out their career.

Tragic but composed lyrics, endless glittery chase between the classic Italo shimmeriness of the Roland JX-3P and the deeper, more soulful sounds of the Oberheim OB-X and the Elka Synthex, “I Wanna Fly Away” has a perfect form which grabs the listener’s heart and doesn’t let it go – and which thank god repeats again and again, granting enormous satisfaction. Also a fabulous earworm, the track has something interesting in its refusal to wholly marry either a melancholy, romantic, or childish Italo (think Rose’s Magic Carillon, or Sensitive’s Driving) or a fast, cooler kind of sonority (à la Mr. Flagio or Topo and Roby): instead it stays dignifiedly wistful and also rather fresh, invigorating.

Ghilardi’s voice completely suits this double-edge; youthful and experienced at the same time, it moves expertly between the girly sob and the glamorous howl. And without her voice, the instrumental version also pressed here assumes a sort of lovely malleability. Does it belong in a crime scene? In a magic show? In a hazy, maritime early morning? Indeed, ‘What is a dream? / The man put us in dove’s cry / What is a Dream? / This song put us in satisfy’.