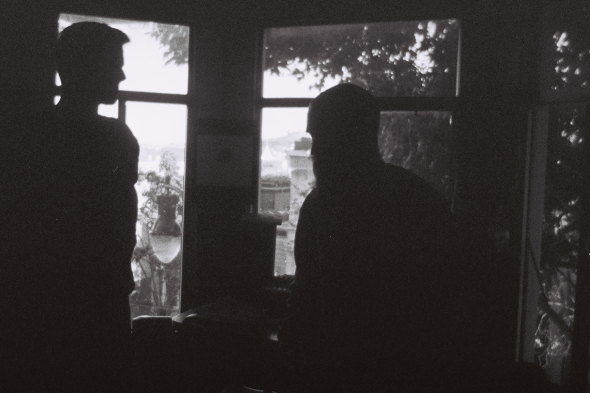 The pair discuss the new project ahead of a debut release on Lovers Rock later this month.

Having recently issued perhaps his most club-geared record to date for the Gang Of Ducks collective, Ital producer Daniel Martin-McCormick has returned his attentions to the Lovers Rock label with news of their first release of 2015. It introduces the latest collaborative endeavour from Martin-McCormick and Jacob Long, both of whom were previously in the band Mi Ami, with the latter’s Earthen Sea project gracing Lovers Rock last year. According to Martin-McCormick, the pair have been making music together sporadically since 2000 and one such recording session earlier this year in the depths of a New York winter inspired what has become a new project contentiously titled Sleeper Cell.

Due out at the end of the month, the five-track Quality Of Life “reflects a declining America in a winter of its own” and sees the “duo journey through a crumbling and eerily spacious sound world.” In order to formally introduce the project we sent Daniel and Jacob a series of questions on their motivations for Sleeper Cell and the production processes that went into the recording session. You can also hear opening track “initiate” in full below ahead of the record arriving at the end of July.

Was there any specific intentions when the two of you got together in February? Did you plan to issue this music or did this come with reflection after listening to the results?

Jacob: I tried to go into this without having too many expectations. Daniel and I have played a lot of music together over the years but I’ve never made electronic music collaboratively so I wasn’t exactly sure what the end result would be….that said it became clear to us pretty quickly that things were turning out in a way we were both really happy with and that we would end up with something that we both would want to put out.

Daniel: Jacob and I have been working together on and off for 15 years – we’ve played in six bands, and in the last year I began releasing his music as Earthen Sea. So when we decided to try to make a record together, we didn’t have to talk a lot about basic details like style or approach. But we did talk a lot about all these recent fucked up stories in the news – the Eric Garner verdict had come through barely a month before and it felt like the country was coming to some kind of reckoning, all this latent anger and hatred coming to some sort of horrible climax. That was six months ago, and it definitely seems to be happening even more now, which is really scary. As we were jamming, this became a major theme for the record.

What sort of gear was involved in the recording process?

Daniel: Jacob flew from San Francisco to my home studio in NY where it was blindingly cold. While snowed in we experimented with complex routing setups with the reverb and compressors, sidechaining from sources besides the kick, using a Vermona filter, etc. I wanted to create an environment where the pieces of gear were talking to each other and creating dynamic, interactive relationships. 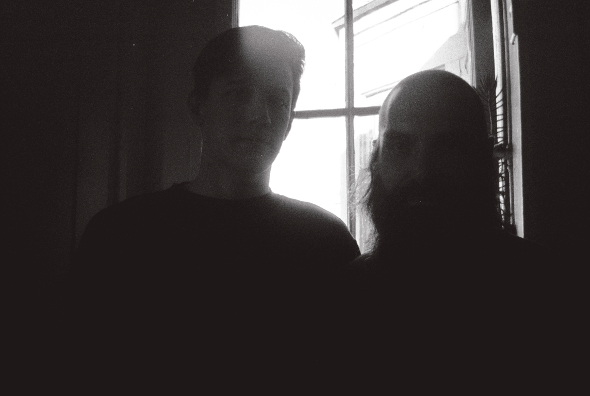 Who does what over the five tracks?

Jacob: For the most part Daniel did a lot/all of the programming (drums/sequenced parts/etc) and I played live the kinda atmospheric and melodic stuff. Might have been a sequenced part or two on my groovebox but I can’t remember if any of those tracks made the final cut… And we both did some live fx work as well throughout…

Daniel: The setup kept shifting over the course of the sessions. We would do four or five tracks each day, picking an idea and running with it until we had something that felt definitive. I had been prepping for a month in advance, trying out lots of processing scenarios, recording textures, and editing together creepy monologues that I whispered into a mic. A lot of the best parts came together with Jacob playing live melodies on an Alpha Juno and me processing it while working out the drums, bass and surrounding atmosphere.

Do you think recording during the winter in New York and at night had an effect on how the sessions went?

Jacob: For the most part we actually did most of the work during the afternoons (a bit at night as well I guess) but even the afternoons in the winter feel like night time somewhat…maybe more than anything it makes it really easy to spend a lot of time focusing on work as you don’t really have the temptation to go do other shit…but I think it also brings a somewhat dark/bleak vibe…

Daniel: Absolutely. Winter is the best time to record because it gets dark early and the mood sets in.

Why did you chose the name Sleeper Cell for this project?

Daniel: Many of our discussions about the overall sense of anguish in America directly influenced our tracks, but in the end came through more as subtext. Even though the music isn’t overtly protest music or overtly political, we felt these ideas were still important to it, so the band was like a sleeper cell. As America sleepwalks through this ongoing nightmare, we’re absorbing and processing everything that’s happening. Whether these ideas are readily apparent on the surface or not, they are embedded in the music.

Will it be something you both want to continue working on?

Jacob: With it being a long distance thing it’s hard to say but I think we’d both like to do more with it when and if time allows…

Lovers Rock will release Quality Of Life by Sleeper Cell on July 20. 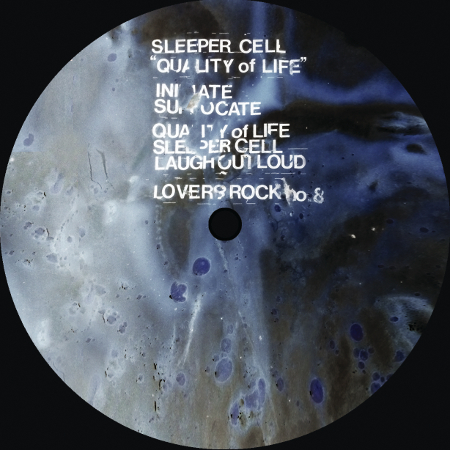