The references to machines go right back to the start of modern electronic music, so it’s hard not to give an initial jaded reaction to a release in 2015 called Machine Code. However, the reality is that this title does Discrete Circuit, a duo from Germany, and their music a disservice and this release on Delsin sub-label Inertia teems with an all-too rare mercurial energy. This sensibility was also in abundance on the pair’s “Incursion” track, released on DVS1’s Mistress label, but this three-track EP sees them use it in the most creative way. 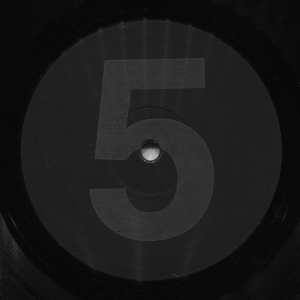 “Compiler” is a tough metallic tool that shuffles and jerks in time to layers of insistent percussion, but compared to the two other tracks, it feels uncompleted, like the duo ran out of time and didn’t get the chance to finish it. The same cannot be said about “Recursive Descent”. Like “Compiler”, at its heart is a sleek, linear techno rhythm, but that’s only part of the story and the pair build on this backdrop to include a synth line so high-pitched and yet to corrosive and relentless, it feels like a tiny drill piercing your inner ear.

The most impressive composition is the title track. “Code” sees the pair deliver rasping percussion and doubled up thunder claps as the basis for another deadly-effective synth line. It’s not as excruciating as “Descent”, but it does have a flawed, croaky sound, like it was squeezed from dust-covered equipment. Coupled with the kind of tonal bleeps that featured on vintage DBX and the screeching sirens of old Robert Armani standards like “”Ambulance”, it achieves the same effect as “Descent”, albeit in a less blatant manner. Questionable titles aside, with this release Discrete Circuit have established themselves as one of contemporary techno’s most promising new acts.

A1. Machine Code
B1. Recursive Descent
B2. Compiler