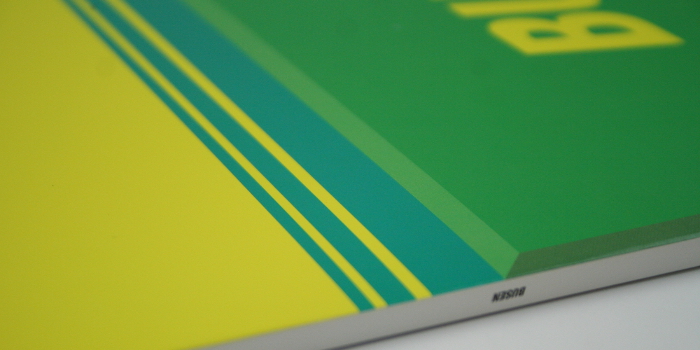 One of the most rewarding benefits of writing a column such as this has been the continual exposure to a world of talented visual artists whose body of work is rife to explore further. June’s most rewarding personal discovery was Horfee, the French grafitti artist and illustrator whose previous and highly respected work was something this writer was not familiar with; the Shlocky double pack from Beneath on Berceuse Heroique changed all that. Shlocky features some immediately recognisable 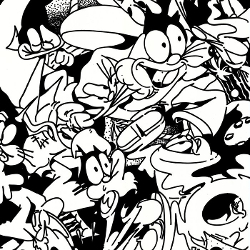 Firecracker Recordings belong alongside the likes of PAN, The Trilogy Tapes, Diagonal and RVNG Intl as the labels whose consistent attention to detail and design results in all of their output warranting inclusion in this column. The Edinburgh label’s much-vaunted vinyl edition of Lnrdcroy’s masterful Much Less Normal is a thing of some beauty. With every mention of Firecracker in this column comes some iteration of the phrase “House Of Traps has outdone himself” but what else can be said when you are gripping this record in your hands? Utilising all new artwork that brings to mind the label’s early attention grabbing Marvel-style illustrations, the visual allure was furthered on an printed insert featuring verbal insight from Lnrdcroy himself scattered in a manner that laughs in the face of ruled lettering.

How to profess our love for the ever-distinctive penmanship of Mehdi ‘Godspill’ Rouchiche in words that are new? Perhaps there will come a point when the Dutchman’s hellish visual concoctions for Crème Organization impress no longer? That point is certainly far away when taking in the ghoulish imagery Rouchiche conjured up for Marcos Cabral’s Crème debut The Conversation. How much do I like it you ask? Enough to maintain it as wallpaper on both my phone and the mass of technological frustration that is my work PC.

Mannequin founder Alessandro Adriani has no formal training in graphic design but you wouldn’t know it when assessing his visual input to the numerous releases on the label over the years. Usually this manifests itself in some bold typography or imagery based around the band in question, but Adriani opted for a different approach with the June issue of Expansión Naranja from Coil and Mexican act 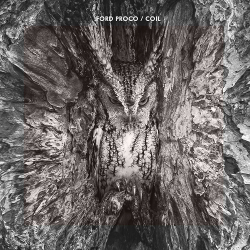 Ford Proco. It may not be immediately apparent what led to Adriani to chose an image of a slightly vexed owl trying to hide in the crevices of a tree but it has resulted in one of this year’s most striking sleeves.

London concern Organic Analogue Records has featured on this site thanks largely to the quality of the music involved in their two releases to date, but some words should be spared for the presentation too. Label member Benedetta Sodini, no stranger to this column thanks to her contributions to the Apron label, oversees the design process for Organic Analogue and her minute attention to detail on the artwork for HVL’s Away From Everything We Know truly stood out. Attempts to photograph the globe-shaped image which Sodini informs me is made up of Georgian letters pertaining to the record’s track titles didn’t really capture the intricate detail. This is another to assess with the record in hand.

Records on Atelier offshoot General Elektro don’t come about so often which is a shame for two reasons; they tend to possess some of the most exciting music produced in the name of electronic experimentation. Given his impressive resume and his role in art direction for SUED Records, it’s likely Atelier and General Elektro founder Daniel Pflumm takes care of the design for his labels. If that is the case he excelled himself with the graphic design for the newly issued Busen album, with the striking citric tones and bold font on the front cover complemented by some bizarre model kit illustrations on the reverse.