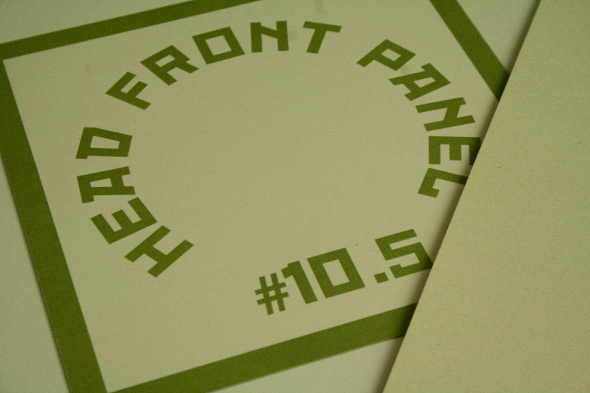 Originally recorded during the same session that spawned the fifth Head Front Panel release, this four-tracker gives lie to the belief that all techno that is inspired by Jeff Mills sounds sub-standard. Unfortunately, it’s hard not to arrive at such a conclusion if one goes back to the dull, loopy drivel that prevailed during the period between late ‘90s and early ‘00s or the current obsession with purism that translates into carefully manufactured bleakness and perfectly streamlined linear rhythms. 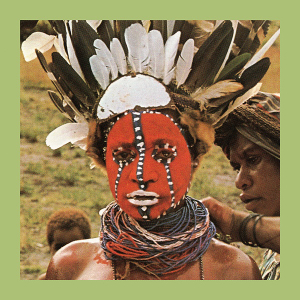 John Heckle’s Head Front Panel series also takes inspiration from the Detroit producer’s work, but in contrast to other interpretations of Mills, it is unpredictable and varied, ranging from space travel-fixated esoteric reveries to mercilessly banging club tracks. 10.5 forgoes any dalliances with the abstract and instead hits the listener directly between the eyes with four slamming tracks. The first untitled cut sees Heckle rain down distorted beats and then militaristic hi hats midway through as the accompanying discordant riffs morph into burning acid lines.

The second track is less full-on but no less intense as shuffling drums support the gradual development of intense tonal sequences and doubled up, twisted claps. It’s less Mills and more like a mixture of Bicknell and early Vogel/ Sativa. It also appears to be a temporary distraction for Heckle; on the third untitled track, he revisits the juggernaut force of Waveform Transmissions with nightmarish stabs looped over a banging, distorted rhythm. Perhaps conscious of the difficulty in holding his audience’s attention, Heckle’s fourth and final track sees him lowering the tempo.

The backing rhythm is just as intense as the previous tracks; the beats boast the same distorted sound and the hats crash in mercilessly, but the slower pace and outer space blips and bleeps that weave in and out of the arrangement make it more palatable. The only question is how do Heckle’s extreme flights of fancy fit in an environment where conformism is rife?