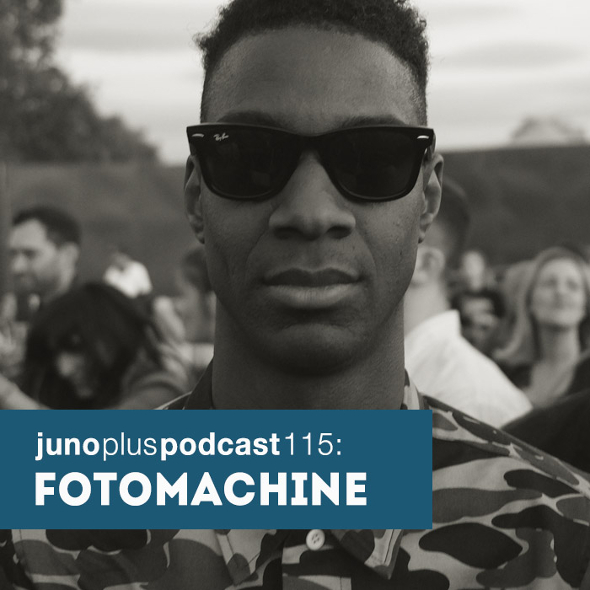 The man behind the Technicolour label steps up with a self-styled collage of dark sounds, sampled audio and wrong speeds.

When asked to explain his thinking behind the naming of Technicolour, label founder Dean Bryce told us last year, “I didn’t want the label to be pigeonholed and that name really seemed to reflect that.” Looking back over everything that Technicolour has released since its emergence from the Ninja Tune bosom in early 2013, you’d have to say the label has lived up to Bryce’s hopes, charting a course through skewed pop music, experimental electronics and out-there house and techno. Recent additions seem to convey Technicolour’s cachet right now with Hieroglyphic Being and Legowelt both committing to the cause.

Outside of his role overseeing Technicolour and handling A&R duties for Ninja Tune, Bryce also produces music under various iterations of the name Photomachine with his debut coming on Raffertie’s now defunct Super label back in 2011. Right now Bryce is operating as Fotomachine with some material on the horizon and he’s also been seen moonlighting as half of Ren & Stimpy with FaltyDL producer Drew Lustman. Their Flesch/Neo Geo 12″ came out earlier this year through Lustman’s own Blueberry label and saw them pay homage to the Tom and Jerry project Dego and Marc Clair were involved in prior to 4Hero.

Given what’s been released on the label so far and what we have heard is on the way for Technicolour, it felt like a mix from Bryce would offer some insight into the sound of the label. What Bryce submitted turned out to be just under an hour’s worth of dark sounds suited to headphone listening, including some Florian Kupfer material scheduled for release on Technicolour. As we already covered how Technicolour fits in within the Ninja Tune community and Bryce’s motivations for the label in the aforementioned interview last year, the focus of our questions below were on his background, introduction to DJing, and favourite episode of Ren & Stimpy.

Hi Dean, how are things?

All good. Keeping very busy with Technicolour, A&R work and the studio side of things.

Thanks a lot for doing this mix, can you tell us how it was put together?

It’s pretty much a collage. Mostly regular 12” mixing on turntables at my flat but there’s also some audio splicing on a sampler, sound layering and playing a few records at the wrong speed to keep things a little out-there.

How long have you been Djing for? What drew you to taking it up?

I’ve constantly been around music. My dad has a big record collection so I grew up with funk, disco, reggae and rare groove. He was also part of a south London reggae Soundsystem called Saxon who, it’s been said, were influential to Massive Attack and The Fugees, so I was literally always in studios and parties. I started buying records in around the mid-‘90s. I had a little Saturday job at a market and spent my wages on mostly garage and jungle records. I used to play in some horrible places around west London around the early-‘00s.

It’s quite a dark mix in terms of tone, is it indicative of what you play in the clubs currently?

That’s probably because I was feeling dark. I try and make people dance and cry when DJing. If you do it right then it’s an almost transcendental experience. I’ve been to so many clubs and when the DJ nails it you just don’t want to leave. All that matters at that present moment is the vibe. Saying that though, this is pretty much a headphone mixtape. I don’t think the world needed another club set for people to play at the office.

You didn’t provide a tracklist but there is a fair bit of upcoming Technicolour material in there, can you firm up what to expect from the label over the coming months?

It’s not because I didn’t want to provide a tracklist, it’s just that I put the records away and can’t remember most of them. There’s a new Florian Kupfer track that’s on there and a few more that I can’t announce but we’re genuinely excited to be releasing music from these producers.

We’ve heard some of the upcoming Technicolour releases come from U and Levantis; what is it like to work with artists such as this who prefer to operate anonymously?

Some of these guys actually aren’t that anonymous. They just don’t tweet every five minutes. Half of records I own, I have no idea who made them and I like it like that. You can only base your opinion on the quality of the music which is all that matters really. It’s not even a new phenomenon. Loads of disco bands were faceless so, if it’s a tune then it’s a tune.

You’ve recently amended your artist name slightly from Photomachine to Fotomachine – was there a particular reason for that?

Can we look forward to some new Fotomachine material this year?

100 per cent. I’ve just been re-wiring the studio and adding some new gear so new material soon come for sure.

Additionally you released a record with Drew Lustman as Ren & Stimpy on his Blueberry label, how did you come to work with him?

Drew is good friend and it was simply a matter of him asking me and I was down. I was actually his first manager so I know him pretty well. He’s a talent for sure.

What was the process like? Do you enjoy collaboration?

Drew actually recorded at his place in Brooklyn and me at mine in Brixton. We didn’t really collaborate in the usual way but the whole project is in a way an homage to Tom & Jerry which is a 4hero alias from the early ‘90s. 4hero didn’t actually work together on every track they produced but collectively the music is still 4hero. I think collaborating is a real healthy thing in any of the arts. It keeps you on your toes and there’s always a friendly underlying competitiveness, which brings out the best in you.

What’s the story behind the name and do you have a favourite episode of the cartoon?

After raving hard at Trouw a few years ago Drew and I looked in the mirror at ourselves and the first thing we the said was that we that we looked like Ren and Stimpy. I’ve not seen the show for years but if I had to I’d re-watch Ren & Stimpy vs Lump and Loaf.

How are things going in the A&R department at Ninja Tune?

It’s going great. It’s a buzz to be working there with the roster and team. It seems clichéd to say it but it’s like an extended family. We’re all really passionate about music and it’s that creative drive that leads us. I think it’s very important to really believe in an artist and put the music out.

Are there any particular projects you are especially excited about?

Yes absolutely. I’m really excited about the Seven Davis Jr record and Lee Bannon’s album which are both out next month. A lot of the forthcoming stuff I can’t really talk about yet but I’m eager for them to be wrapped up and shared with the world.

No Tracklisting was provided.