Blondes try their hand at Persuasion 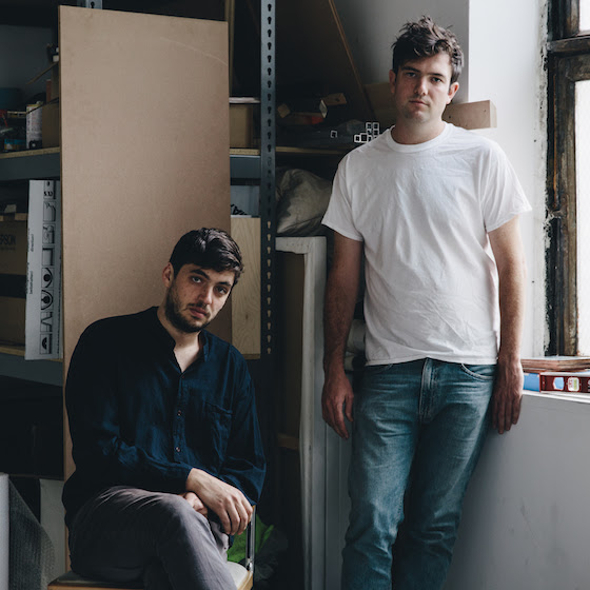 RVNG Intl have issued a 50 minute cassette of original material from the duo with a new record to follow in August.

Now very much an established part of the RVNG Intl family, Sam Haar and Zach Steinman first surfaced at the turn of the decade with a fine debut for the Merok label. A trilogy of 12″ releases themed around the concept of duality introduced Blondes to the RVNG label in 2011 and the New York pair went on to embellish on those with their self-titled debut album the following year. Their last release of note was the second Blondes album, Swisher, which arrived over the summer of 2013 on RVNG though some digital remixes from that set by Huerco S, Function and Claro Intelecto were granted a vinyl release by Paris label Syncrophone earlier this year.

Another fine year for RVNG so far has seen the label issue a new Holly Herndon album in cahoots with 4AD, reveal a superb edition of the FRKWYS series from Ariel Kalma and Robert Aiki Aubrey Lowe and coax some 303 workouts from Stellar OM Source. We can add some new Blondes music to this roll call now with a three track 12″ called Persuasion due on RVNG in August. A press release reveals the Blondes sound has undergone a change in approach due to the fact Haar and Steinman no longer live within earshot of one another with the results a more mature execution “yielding more propulsive, assertive, and persuasive forces than ever.”

Intriguingly, RVNG have chosen to precede the release of Persuasion with a fifty minute (and five seconds) long cassette of new original Blondes material called Rein which is available to purchase now and can be heard in full below. The music on Rein was laid down by the pair over a weekend-long studio binge and provided the inspiration for what Blondes would go on to produce for the Persuasion 12″.

RVNG Intl will release the Persuasion 12″ by Blondes on August  7. 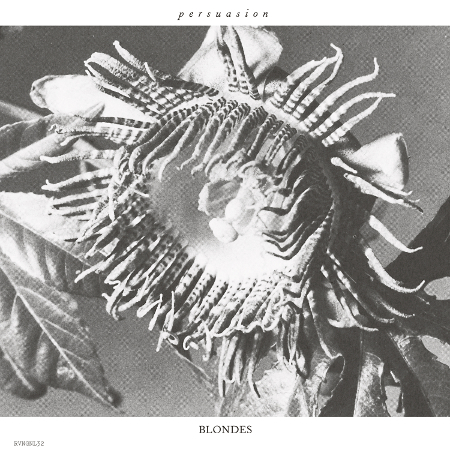