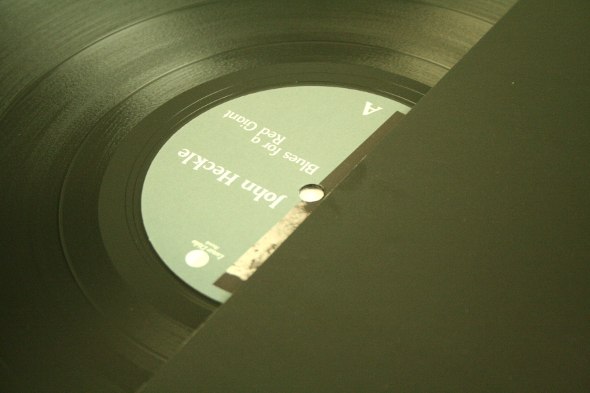 It’s hard to believe that Blues for a Red Giant is John Heckle’s debut release for Lunar Disko. The Liverpool producer and the Dublin label share a lot of common ground and Heckle himself has spent a good deal of time in the Irish capital in recent years. And yet this five-tracker isn’t typical Heckle or Lunar Disko. Sure, it is rooted in the Chicago-influenced style that he has made his name with, but it also includes many surprises along the way. 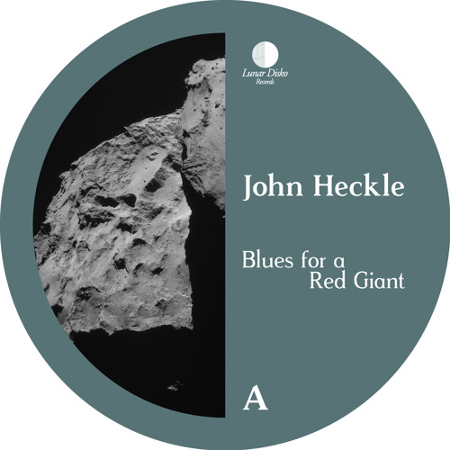 The opening track, “Bon Voyage”, begins life as a dead ringer for the angular, splintered rhythm of Liaisons Dangereuses wave/new beat classic “Peut Etre Pas”, before Heckle decides after a few minutes to change course and push the arrangement down a pulsing, strobe lit course. “Red Giant Encounter” marks another shift in focus; this time it’s into the tortured shrieks and oppressive bass of Broken English Club or Silent Servant territory, albeit with those elements supported by rolling, lo-fi Chicago drums.

“Implications of Meaning” is the third curve ball on the release; instead of his signature drums, the beats are sloppy and tribal, meandering all over the place as discordant riffs hurtle in like lightning strikes overhead. The arrangement feels like a runaway train that’s about to derail and hurtle down a ravine, but this never quite materialises.

Counterbalancing this out of control approach are “Drunken Organ” and “Collective Intelligence”.  The former is a 90 second drum tool, while the latter pushes eight minutes. Weaving its way in and out of crisp drums, clanking percussion and a snaking bass are the kind of serene synths that one would normally find on a Conforce or Aroy Dee record. It’s not a typical Heckle track, but taken together with his recent remixes of Jamal Moss for Tabernacle, he’s an artist who is becoming increasingly difficult to define.

A1. Bon Voyage
A2. Red Giant Encounter
A3. Drunken Organ
B1. Collective Intelligence
B2. Implications of Meaning