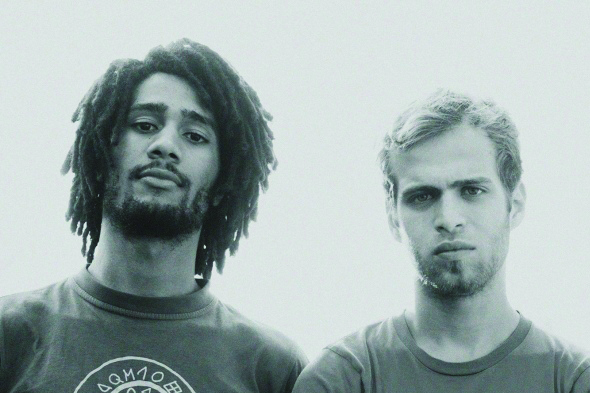 The Italian duo will release their debut album through Bosconi in July.

For the Life’s Track project and its component parts, the rise to infamy has been a steadily successful one. When Herve ‘Herva’ Corti and Marco ‘Dukwa’ D’Aquino first emerged in 2011 with a pair of EPs on Florence-based label Bosconi, they were already displaying a wild flair for machine manipulation that belied their youth. Since then they have taken their collaboration to labels such as Cos_Mos and most recently Black Opal for the Smell Of Sanctity single. Individually Corti has been getting involved in all kinds of sonic mayhem, from the Tru West project with Mass_Prod and Rufus through to albums and singles on Delsin, All City, Kontra-Musik and Don’t Be Afraid, while D’Aquino has been delivering solo EPs to Bosconi as well as joining Corti and Mass_Prod for the Knobold project.

Bosconi very much remains the duo’s spiritual home, and so it only seems right that the Life’s Track debut album should appear on the label, as previously intimated on this site. Venere is arranged in the slightly unusual format of a six-track 12” and a two-track 7”, making it the shorter side of a full-length release, but there seem to be more than enough ideas flying out of the two discs. Compared to the rough techno of their previous It Fell Down EP there is a greater emphasis on chopped up soul samples and party-starting house dynamics on offer, as you can gather for yourself on the preview clip below.

Bosconi Records will release Venere by Life’s Track in July. 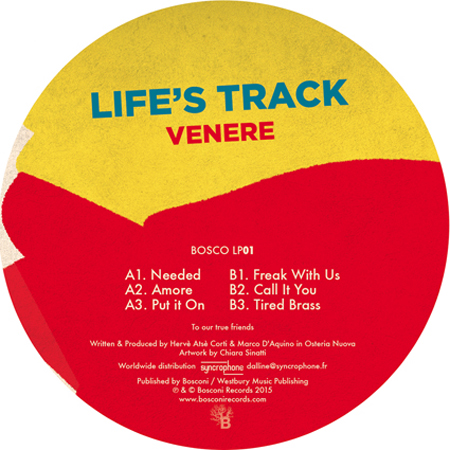