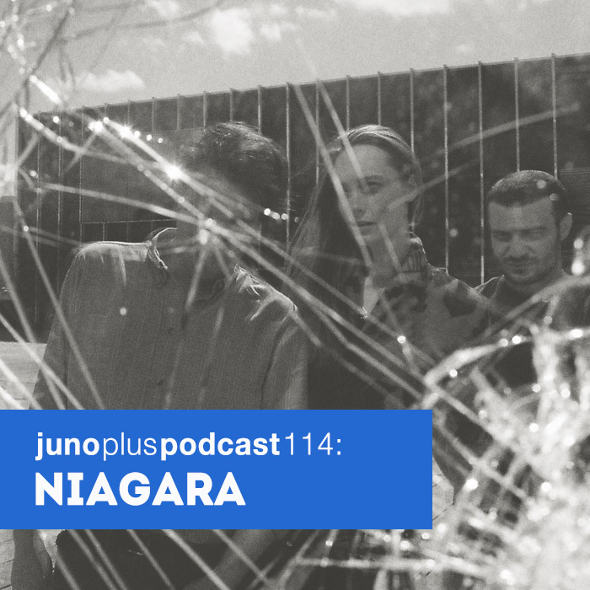 The Príncipe trio toast the release of their new Ímpar 12″ with an hour-long mix filled exclusively with their own material.

A lot of the focus on Lisbon label Príncipe has rightly fallen on their efforts to provide a platform for the local Afro-Portuguese music community with artists such as Marfox, Tia Maria Produções, Nidia Minaj brought to wider attention. However it’s clear Príncipe’s founders also want to represent the more explicitly house and techno-focused artists bubbling away in Lisbon too. One of the very first releases on Príncipe back in 2012 came from Photonz, whilst Niagara’s label debut Ouro Oeste signalled the onset of the prolific output from the Lisbon operation we are now accustomed to.

Formed of Sara Eckerson and brotherly pair António and Alberto Arruda, the Loures-based Niagara are a particularly interesting proposition; a hardware-focused live act whose sound appears to be in constant fluctuation. As they tell us below in their own words, “at any given time, we have tracks that are very different from each other based on the instruments and the ideas we are having or playing with at the time”. In terms of actual releases, this year has been quite prolific for Niagara with the newly issued Ímpar 12″ for Príncipe arriving soon after the trio debuted on Charles Drakeford’s From The Depths label with Mustor / Falcão.

This only really scratches the surface on what appears to be an ever-swelling archive of Niagara material though. Dip into their YouTube and Vimeo channels and you’ll find a wealth of Niagara music backed with films from band member António. Their prolific nature is further demonstrated in this crazy one hour mix which is filled entirely with Niagara music, much of which is unreleased, and ranges from druggy Weatherall-style workouts to bizarre throbby house that samples the Skype signal. We are delighted to have the chance to present this selection from Niagara, who were also kind enough to answer some questions on how they came together and who does what in the band.

Hi Niagara, how are things? Thanks a lot for doing this mix, what can our readers expect to hear?

Things are fine, we’re very busy! We’ve been working on lots of music and other stuff. The readers can expect a bunch of tracks we made, past and present.

Could you tell us how the three of you came to work together? Were you making music independently prior to the formation of the band?

Some of us had played in other formations before. We started Niagara during one of our birthday parties. We had some old equipment lying around and we figured making music would be a good way to spend some time (together).

How do the three of you approach performance? Is there much improvisation or are you performing songs you have already written?

There is quite a bit of improvisation. But only in the sense that sometimes we figure stuff out as we go along. We usually start playing and figure parts out together.

Is there a clear division of labour between who plays what in Niagara?

There is a more or less habitual set up but nothing is necessarly fixed. We do our music on hardware so there are favorites that some of us have but nothing is set in stone.

How did you come to work with the guys at Príncipe?

The guys from Príncipe have been our friends for a while now. We have played together or worked together in some capacity here and there around Lisbon.

As you are based north of Lisbon in Loures, do you get the chance to perform much in the capital?

We play almost all our gigs in Lisbon. There are not many chances to play out here in the north west.

Your YouTube channel is filled with unreleased material complemented by your own videos. Who in the band is responsible for those?

The videos are a collective effort. But it’s Tó who does the montages and most of the filming. You should also check out our Vimeo channel – it is where we upload most of the stuff now. 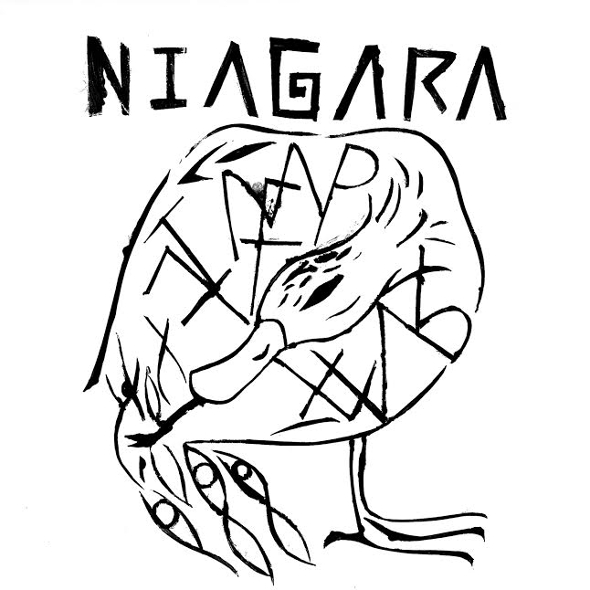 There seems to have been something of a stylistic leap between your first single on Príncipe and the most recent outing on From The Depths. Has your sound developed naturally or do you tend to move around all the time?

The stylistic differences kinda happened naturally. Because, the thing is we just do our music and tracks get picked up by folks in order to make coherent records. Really, at any given time, we have tracks that are very different from each other based on the instruments and the ideas we are having or playing with at the time – not to speak of the natural change or evolution that happens when you make more tracks. But we’re really happy we got the chance to put out different kinds of records.

How did the release on From The Depths come around?

Charles (Drakeford) contacted us last year and we sent him some tracks. He came up with the idea to make a two-track EP with “Falcão” and “Mustor”. He had talked to us about From the Depths and his enthusiasm for the record was really cool!

Your latest 12” for Príncipe, Ímpar, has just been released, what were your motivations with these five tracks?

For a while, there had been the idea in the air of a second EP for Príncipe. We showed them a bunch of tracks and we discussed them with the guys. A record started taking shape in those conversations.

Finally you will be playing in London later this month as part of a Príncipe showcase – what should attendees expect?

We’re going to be playing a live set based on hardware. It will be a couple of songs and we try to work through each song giving a lot of movement in each and every sound. We really don’t like when live music sounds really stale and static.