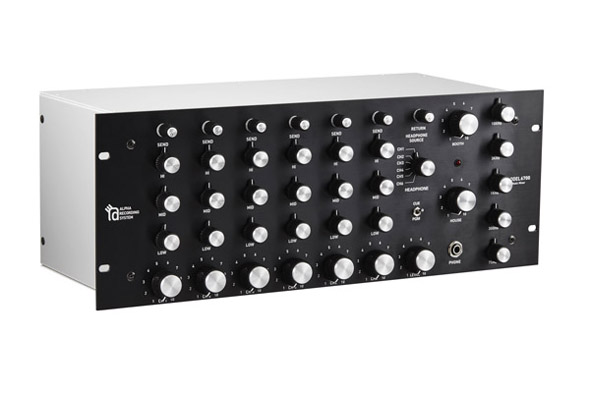 The emerging hardware brand have developed a feature-rich update on their 4100 rotary mixer.

It’s fair to say that the rotary mixer has become the must-have feature for any high-end DJ booth that wants to look and sound the part. There are of course pros and cons to the absence of faders, and it’s not a set up likely to infiltrate the DMC Championships any time soon, but from Bozak clones to custom-designed pieces from Floating Points and Isonoe and the Rane MP2015, the rotary has become hot property. Japanese manufacturer Alpha Recording System had already entered the fray with the ARS MODEL4100, a four-channel rotary that championed a stripped-down approach, jettisoning any features that may lead to sound deterioration.

Having succeeded with that straight-forward design, the company has now expanded on that blueprint with the ARS MODEL6700, which ramps up the features in some interesting places. Notably there are six channels on this larger model, as well as new three-band isolators on each channel and an audacious five-band EQ on the master. Much like the 4100 there are also send and return options for outboard effects on each channel, but this time with the rather enticing additional prospect of the effect loop, which likely promises for some intense feedback cycles when you want to take things into particularly dubby realms.

No release date is set for the MODEL6700 to be publicly available, but it’s already being touted at clubs and parties across Europe including Oval Space, Half Baked and Ministry Of Sound.