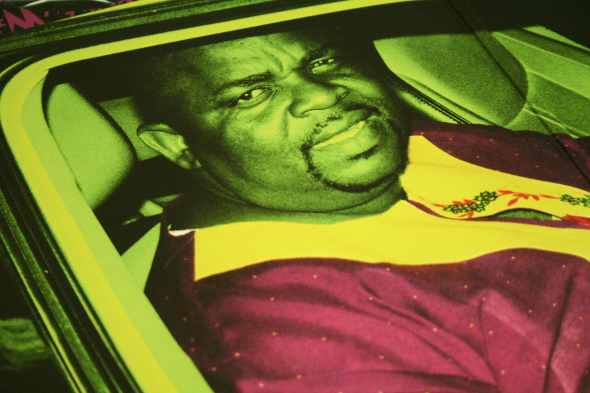 Intriguing us this week were South African eccentricities, romantic electro, distorted drum tracks and a fresh batch of Artichokes & Eggplants. 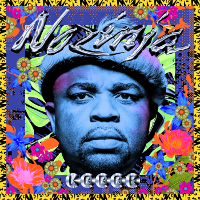 The Shangaan Electro pioneer Nozinja has come a long way with his utterly unique brand of South African electronic music, and now following a split release with Tessela for Warp he presents his debut album on the Sheffield label. Where his album emerges, however, is secondary to the way it sounds, as Nozinja possesses a style so distinct it couldn’t really be altered whatever the environment. As such, a high octane run through endearing lead synths, rapid drum machine patterns and his trademark vocal touches emanate on Nozinja Lodge, but it’s far from a one-dimensional record. There are cuts like “Vamaseve Vatswelani” and “Mitshetsho We Zindaba” that speak more directly about the African roots of the music, while “Baby Do U Feel Me” has more of a westernised flavour thanks to its use of samples. It’s an album that serves as the perfect documentation of the sound Nozinja has cultivated for himself, and it’s no less than his craft deserves.
Listen/buy vinyl

Lux Rec and Mathematics fans will recognise Francis Juno as one half of Echo 106, a brotherly duo no stranger to the inner workings or Roland drum machines and analogue synthesisers. Bruno Schnüriger, aka Francis Juno, debuts here on Spanish electro devotee Vagon Brei’s Mystic & Quantum Records, a label that surfaced last year with release by DMX Krew and San Laurentino. Issued on white marbled vinyl, Platform Romance (the theme of the LP enhanced by its cover art), is a mix of classic Detroit electro infused with shades of ambient, acid, Italo and elements of the instrumental J-pop you might find in a soundtrack to a film like Akira. And with a heart-warming narrative in place, it makes tracks like “Between”, “Trains Don’t Stop In Brunnen” and “Sholenen” all the more candied.
Listen/buy vinyl

In June last year Music from Memory sub-label Second Circle was inaugurated with the debut of Christian Pannenborg and Jan Schulte’s project, Montezuma’s Rache. The offshoot differs from Music From Memory in its focus toward music more contemporary in comparison to the ambient bliss of Gigi Masin’s Talk To The Sea (a Juno Plus all-time favourite), or most recently I Was Crossing a Bridge by Vitto Ricci, the artist who directly inspired the Music From Memory name. This third Second Circle record comes from ESP Institute faithful 33.10.3402 (real name Nenad Marković) who is responsible for the label’s fine Mechanica series, and here he delivers an Amazonian collection of tracks, with the Dadub-styled cave techno of “Bura” a stand out, while night time tribalisms fuel the rest of the record to create one very intriguing release.
Listen/buy vinyl

Meakusma is a label that shouldn’t slip under the radar, and artists to appear across the Belgium imprint’s back catalogue include Terrence Dixon, Madteo – Drveesvn and Tase on that wonderful Langesthal EP – to more recently, Harmonious Thelonious, Anno Stamm, Ryo Murakami, and now, Mix Mup. This four-track Beach Hotel De Haan EP should bring back fond sonic memories for those who were into the cinematic shades of Lorenz Lindner’s Drive-By 12” for Mikrodisko Recordings, and these four new productions provide some playfulness to the Mix Mup sound, with some bustling field recordings layered over the top of “De Balkons” to great effect.
Listen/buy vinyl

When it comes to no-nonsense electronic body music Beau Wanzer is the man. While this four-track EP may have no name, nor does the label it’s released on, some of the Chicago native’s influences/sense of humour does seep through in “Drew Is A Dog Eater”, a track that sounds like a demented Claudio Simonetti Production, or the warehouse, horror thematic of “Beaches Of Leeches”. Wanzer’s beats are more straight-laced and reduced in “Seedless Grin”, making for a production that will please DJs in search of something industrial, while A1-cut “Beefhearts” is as meaty as Gesloten Cirkel’s “Zombiemachine” stripped of the acid.
Listen/buy vinyl 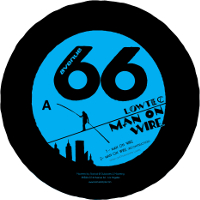 The Avenue 66 operation secured a fine debut in Joey Anderson’s Above The Cherry Moon, and now, a mere two years later, they follow that strong first move with another gem from Lowtec. Showcasing the tender side of Jens Kuhn’s output, the downtempo electro and fractured patter of “Man On Wire” trickles to the sound of thought-provoking synths. It’s followed up by the more energised “Man On Wire (reconstruction), which drops a Workshop-friendly beat to power those dream-like melodies with all the oddball charm you would expect of a Lowtec record. “Hidden Track”, too, plies that trade in the form of skewed house music – even if the dubby piano chords and humming pads are there to soothe. No one does surreal soul quite like Lowtec.
Listen/buy vinyl 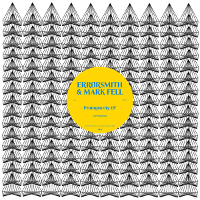 Amongst many other ventures in sound, Mark Fell has certainly been busy; collaborating with DJ Sprinkles and Sandro Mussida, to working with Gábor Lázár for The Neurobiology Of Moral Decision Making. This time around Fell has coaxed Erik Wiegand into lifting his Errorsmith alias out of retirement for an EP that truly brings out the best of both artists. Fell’s usual clinical approach is given a good roughing up in the company of Wiegand, even as the spine-tingling synths and off-kilter rhythms remain. The undulating pitch of the percussion on “Protogravity” is met with celestial soul coos that are positively magical, while “Cuica Digitales” has its own selection of displaced vocal gremlins at work in between the snaking beats. “Atomic #80” perhaps steps closest to Fell’s Sensate Focus approach, but still there’s an undeniable fizz about the tracks that winds up in something thrilling, and fresh on the ears.
Listen/buy vinyl 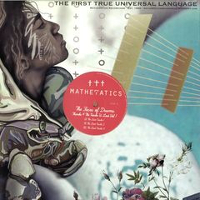 When Steve Poindexter and Jamal Moss join forces one fully expects to be taken on a white knuckle ride through the darkened circuits of extra-sensory drum machines, and sure enough their second record together (ten years after the last) doesn’t disappoint. “The Lost Tracks 1” works around a hype-fuelling salvo of oscillating metal and busy percussive flurries, while “The Lost Tracks 2” adds more funk to the frame with a synth line taking centre stage in front of the muffled drums. “The Lost Tracks 3” is the record’s highlight with a steady industrial pulse layered up with all kinds of exotic grinding arpeggios made to shamanic effect. Only two mavericks such as these could get something so spiritual out of such a mechanised set of sound sources.
Listen/buy vinyl 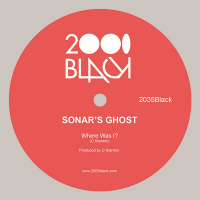 With a legacy at the forefront of the broken beat scene, it was great news when 2000 Black decided to reignite the flame and start dropping heat from the likes of Dego, Shokazulu and Drew Lustman back in 2011. Following the Lordamercy 12” earlier in the year, the label strides back in with the boisterous sound of Sonar’s Ghost, the recent project from broken beat veteran Domu. The sound that comes spinning out of the title track certainly bears the hallmarks of a Domu production, especially in the hectic, brittle drum sounds that happily clatter around looming sub bass tones. “Cannes” heads into jungle territory with its chunky, Akai-coloured breaks, while “Who Loves You?” takes a more sprightly approach with its erratic chord stabs and nimble drums. The style is 2000 Black through-and-through; perfect for edging a little wild drum play into a sun-kissed situation.
Listen/buy vinyl 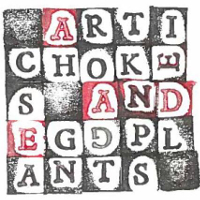 For something a little more obscure than what’s normally featured in this weekly wrap is a fresh 12″ from Italian artist Atimpuri, hailing from the same region as Marco Shuttle and Chevel, the latter of which remixes the title track. This A&E EP inaugurates the Artichokes & Eggplants label (a favourite dish of Treviso perhaps?) and Giordano Lucchese serves up three deep and punchy clubs tracks. It’s a fine debut that sounds like a reduced inspiration of the Workshop sound and it’s the title track which delivers the most fun, given a typically lo-fi rework by Chevel. “Rec 01”, on the otherhand, is a dreamy swirl of synths and pattering drums, while “Indica DOP” is minimal but full of florescent life. Check it out.
Listen/buy vinyl