Vito Ricci – I Was Crossing A Bridge 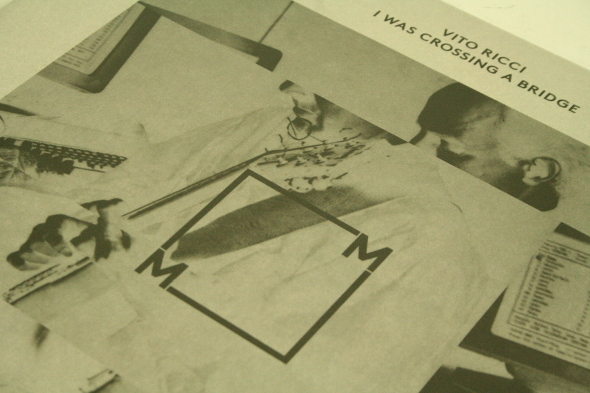 Vito Ricci is not a name many people will recognize, yet highlighting the work of forgotten or overlooked artists is rapidly becoming Music From Memory’s raison d’etre. While Abel Nagengast, Jamie Tiller and Tako Reyenga’s label has not shied away from releasing fresh material – see last year’s superb Gaussian Curve album for proof – it’s their constantly on-point retrospectives for which the Amsterdam-based imprint is rightly renowned. Bar a smattering of heads and crate diggers, few had heard of Gigi Masin, Leon Lowman or Joan Biblioni until they got the Music From Memory treatment. All were musicians with a knack for making beautiful, emotive music, whose undeniably obscure records were criminally overlooked on their initial release. 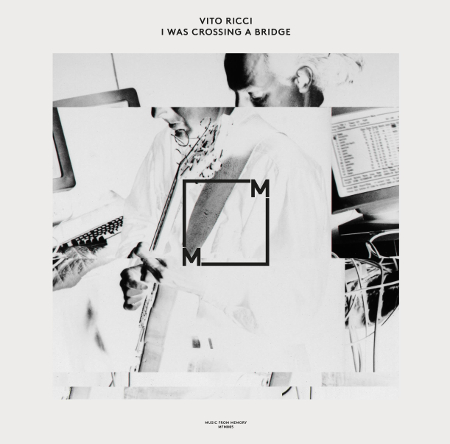 Vito Ricci certainly fits in to this bracket. While he privately studied music to get some kind of formal training, Ricci was initially drawn to the world of improvised jazz in downtown New York, where he would play drums. He also got involved in a number of typically cutting-edge post-punk performances, and was a regular at the legendary CBGB venue. As the ‘70s drew to a close, he became a familiar figure on the Big Apple’s vibrant avant-garde scene, providing scores for experimental dance and theatre performances. These often blended traditional instruments with synthesizers and, as the 1980s rolled around, drum machines. His love of electronic music production led him into academia, hosting a number of workshops for various institutions on composing with synthesizers.

Despite a packed career at the leftfield margins of New York’s music scene, Ricci’s recordings have been frustratingly few and far between. He mostly put out self-released cassettes and, much later, CDs, with a single album slipping out on vinyl back in 1985. That set was titled Music From Memory. Clearly, Nagengast, Tiller and Reyenga have long been fans.

Given the obscurity of Ricci’s few releases, I Was Crossing A Bridge could be considered more of an introduction to his career than a straightforward retrospective. While it includes tracks from Music Is Memory, and such cassette releases as the experimental The Inferno, there’s plenty of previously unreleased fare present; pieces created for theatrical performances and avant-garde shows which never made it on to cassette or wax first time round.

What shines through is Ricci’s enormous creativity. He’s always been a capable percussionist, and this background helped forge an almost natural ability with electronic drum programming. Some of the most startling tracks here are those that put drums at the centre; the likes of the skittish, foreboding, almost tribal throb of “Getting There” (a brilliant combination of organic drums and programmed beats), and “Cross Court”, a low-slung, post-punk take on New York electro (think Konk meets ‘no wave’, and you’re close).

Like many of those composers who have worked extensively in theatre, film and television, Ricci is also blessed with a knack for creating emotive and stirring pieces capable of altering and enhancing moods. This is evident throughout the compilation, but particularly on the dancing strings and undulating synthesizers of “Music in Forths”, the experimental, freeform guitars-and-electronic textures of “Riverflow (Electronic)”, and the jaunty, almost Reichian “Centre of the Bridge”. All three of these, and many of the other short sketches, skits and synthesizer-heavy interludes that pepper the collection, often doff a cap to a myriad of styles, including new age electronica and jazz.

As inspired as all these pieces are, it’s often the more experimental compositions that really stand out. The 13-minute “Deep Felt Music” – a bewitching fusion of guitars, strings and electronics seemingly run through multiple effects units – is utterly beguiling, and sounds like an unlikely collaboration between Ariel Kalma and Laraaji. Little else on the collection is quite so stunningly majestic, though the yearning closer, “The Bride” – all tearful chords, twinkling pianos and bittersweet melodies – pushes it very close.