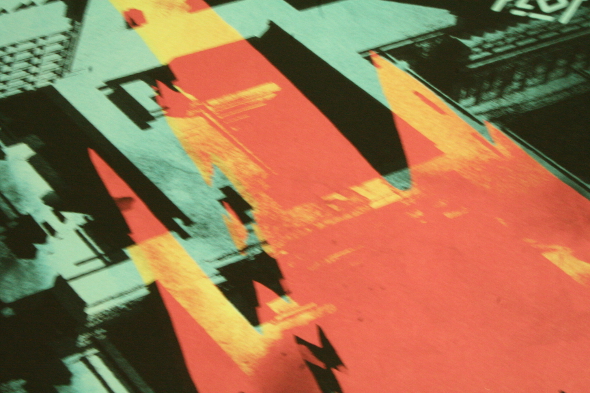 Cambridge dweller Dave Henson has led an interesting life in music, having contributed to the murky world of 90s post rock as part of Bella Union-released outfit Gwei-lo as well as amassing a respectable discography in his electronica guise Ascoltare. In recent years though his productivity has mostly been felt under the name Nochexxx, notably coming to light with the excellent and decidedly unhinged Ritalin Love 12” on Ramp Recordings back in 2010. He swiftly followed that up with a single for Werk Discs, which should give some indication of where his abstractions on the house and techno formula lie. Last year he cemented his relationship with Ramp via the Thrusters LP, which came staggering out of the speakers in a drunken melee of grungy electro synth tones and erratic beat management. 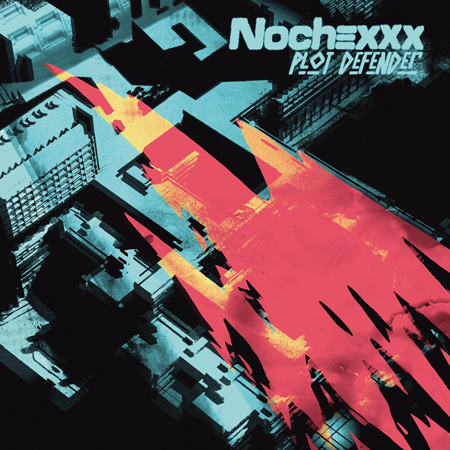 Clearly a man with a productive studio workflow, it hasn’t taken long for another album to take shape, and this time it appears on Type. Those already hip to his game will recognise the hallmarks of Henson’s distinctive attitude to production, which revels in the underbelly of hardware sound generation, but the ideas sound no less fresh. Even if the principles of danceable beats can be felt seeping their way out of the fourteen tracks that make up Plot Defender, they take second pegging to impulsive narrative jerks and abrasive ideas that keep you on your toes from start to finish.

Electro still feels like the most prominent signifier in this lurid world of atonal synth lines and gutter-dwelling sound design, as can be heard on the punchy thrust of “Between Two Stations” or in the post-apocalyptic nightmare funk of “Last Club On Da Left”. The sounds fall out with the kind of brazen punk attitude that would make the Dutch Bunker posse squirm uncomfortably in their seats (while no doubt enjoying the ride all the same). This notion gets ramped up in tempo with a nod to Drexciya on the speed-industrial throwdown of “Stinson Fish”.

Elsewhere the influence of Yorkshire bleeps n’ bass can be felt guiding the clattering mechanics of “Arbury Flowers”, but there’s also plenty of space afforded to more abstract concerns. “The Box” dangles precariously in a most unsettling beatless synth exercise, while “Rusted Phoenix” pushes arpeggiated madness into overdrive. “Jungle Crash” touches on Aphexian melodic prowess within a fast pacing ticker tape chassis, and “Death Wobbles” marches off into a mysterious landscape of trickling tones and pulses.

Plot Defender is most certainly a mixed affair that veers between tempos and grooves, but it remains consistent thanks to Henson’s unflinching embrace of distortion and macabre compositional decisions. It’s not a sound that will appeal to everyone, but if your switch gets flicked by devilish dance music for deviants, this album is an absolute triumph for individuality and a complete lack of compromise.