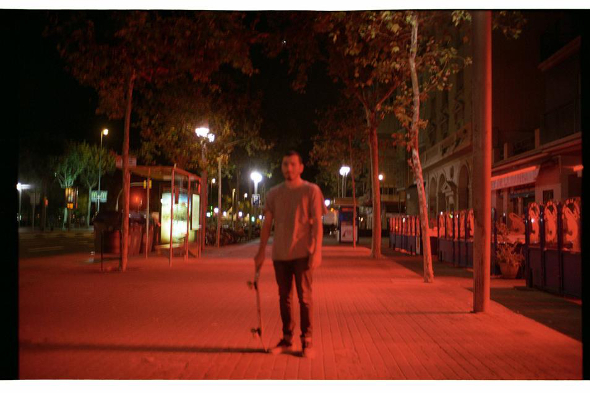 Preview the emergent London label’s second 12″ which features music from the Tblisi-based HVL and a remix from The Reflektor.

Organic Analogue first emerged towards the tail end of 2013 with The New Wave EP from Dutch electro artist Jeremiah R, then a relatively unknown quantity who has since gone on to issue some fine records for Enklav, BAKK, and Tabernacle. By contrast, Organic Analogue have been notable for the lack of subsequent releases, though followers of the label will know they have been hinting at a second release for some time. The label have now revealed this second release will come from HVL, the nom de plume of Tblisi producer Gigi Jikia (pictured above) who over the past few years has racked up an impressive clutch of releases for Voyager, Rough House Rosie and Housewax .

Due out next month, Away From Everything We Know features four original productions from Jikia as well as a remix from Gabriel Reyes-Whittaker’s rarely seen alias The Reflektor. A healthy12-minute preview below should set the tone for what to expect from the upcoming release, with a largely reflective sound apparent throughout.