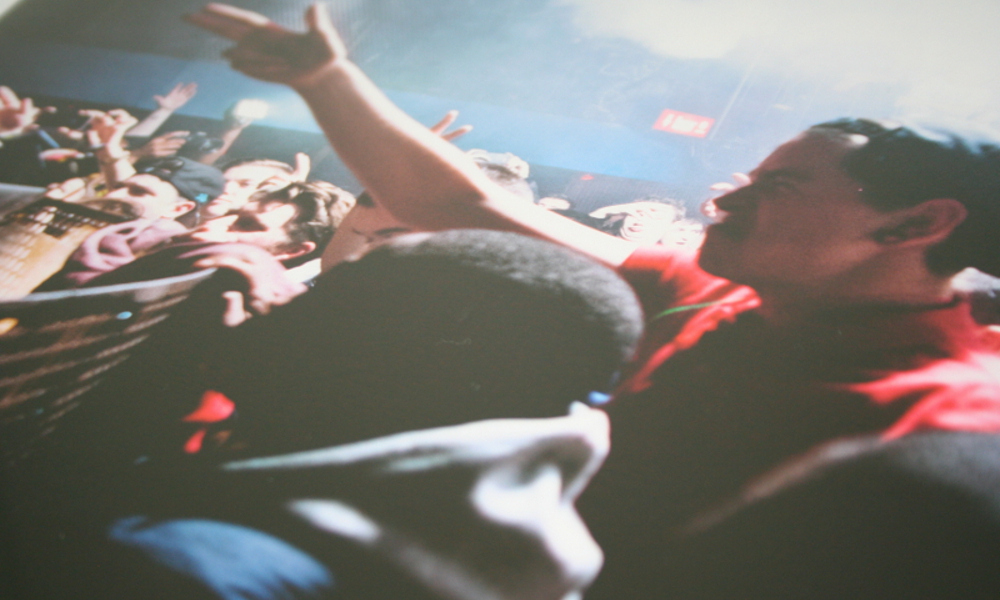 There was but one Record Store Day-related release that caught this column’s steely gaze, and it would be hard to pass up a record that featured artistic contributions from both Alex Solman and Stefan Marx. Two names that should be familiar to anyone that actively engages in reading about and buying electronic music, Solman and Marx are closely associated with the Golden Pudel and Smallville respectively and they’re perfect candidates to increase the RSD desirability of Live At The Golden Pudel Club by Benjamin Brunn. This was a delicious chance to compare and contrast their respective styles up close and personal, with Solman’s simplistic yet wonderfully sly and humourous ink drawing just as eye catching as the almost drunken, impressionist depiction of the Pudel by Marx. 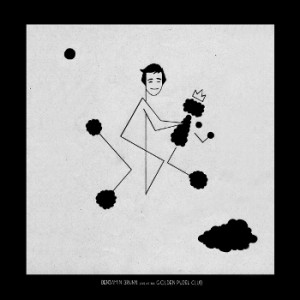 Last month saw Rush Hour Distribution’s No ‘Label’ highlighted thanks to Johann Kauth’s vibrant artwork for the Shplitting The Shtones album by Rathmines pair Morgan Buckley and Olmo Devin. Another month and No ‘Label’ features once more, with two releases from them under consideration; Black Deer’s Pray For Us and Lushlyfe by Jordan GCZ. Responsible for the former was Art Crime, the Russian producer brought to wider attention by William Burnett’s WT Records last year with his lesser known skills for sleeve design now given a platform on the Pray For Us 12″. Tapping directly into Burnett’s creative focus for Black Deer, exploring notions of real America, Art Crime’s visual compositions were bold and simple. Adopting a different approach, Cosmo Knex showed off his screen printing skills with a wonderful design – both to look at and touch – for the Lushlyfe 12″ which added to the psychedelic hues of the music from Jordan Czamanski.

From Amsterdam to Philadelphia with some appreciation for the Pond 12″ from Chaperone issued through the Great Circles label. If you read the feature on the label published just under two years ago, you will know Great Circles was once characterised by hand stamped record sleeves. Recent releases have seen a clear switch in aesthetic approach, opting for full colour sleeves on printed jackets from Mark Price with design by Seppuku Overwrite, an audio visual collaboration between Chaperone’s David Coccagna and Great Circles co-founder Justin Gibbon. Coccagna himself provided the photograph for the Pond 12″, which in original form looks to be wooden pallettes stacked precariously high, though Price’s screen printed finish makes it a lot more abstract.

Pop quiz. Name a current label excelling at the screen printed medium? Full points if you came up with Latency Recordings! The Paris label run by Sidney & Suleiman have featured in this column previously, and require further praise for the efforts gone into the presentation of the  EP from 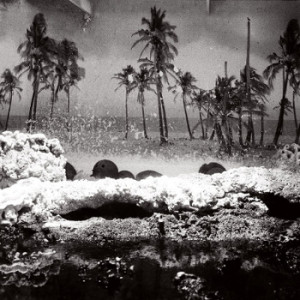 Madteo. The photography of regular Latency collaborator Louise Ernandez was transferred into the screen printed form with a slightly darker tone (on my copy at least) but the surrealist nature of the imagery was not diminished.

Mehdi ‘Godspill’ Rouchiche’s work for Crème Organization is no stranger to coverage in this column and indeed wider praise by anyone with a considered eye. It seems with every inclusion we suggest Godspill has outdone himself, and it’s difficult to conjure up any other way to describe his efforts for the Mark Leckey Made Me Hardcore 12″ from Portuguese producer IVVVO. In a similar way that IVVVO made explicit his fondness for the work of British artist Mark Leckey, it’s hard not to feel Godspill’s post-apocalyptic artwork has been inspired by Cormac McCarthy novel The Road. Anyone with a passing interest in Rouchiche’s work should investigate the book of Crème artwork released earlier this year.

It may be the time to admit this column has become too focused on certain aesthetic concessions, records whose sleeves have a certain matt finish and tactile feel to them. Lets redress that balance somewhat and celebrate the latest vinyl release from grime label Butterz which is every bit as distinctive-looking as the recent Footsie 12″ and the Woo Riddim reissue for it’s own particular reasons. James Gould’s covering photography for Royal T’s Shotta perfectly captures the energy and intensity associated with Butterz nights, gun fingers and all, and is an image that will live long in the memory.