The Dutch label will rerelease the Icelandic producer’s My Home Is Sonic album in May.

Arnvidur Snorrason is an Icelandic producer steeped in techno heritage. As Exos, he’s been releasing records largely of the dub techno variety since the late ’90s for labels like his local Thule Records (and sub-label Plast Trax), Steve O’Sullivan’s Mosaic – prior to its relaunch as Mosiac Split Series in 2013 – and most recently London’s Bliq operation that’s put out music by artists like Sequencias artist Nick Lapien and 40% Foda/Maneirissimo’s Seixlack. While appearing intermittently on Sushitech, Nina Kraviz has also been a big supporter of Snorrason’s productions, particularly “Nuclear Red Guard” that’s proved to be a favourite in her sets, with it also appearing on her DJ-Kicks mix from this year after finding a place on that fine The Deviant Octopus compilation she used to inaugurate her трип label in 2014.

To date, Exos has released three albums, two of which landed in 2001, and of those Delsin have chosen to reissue My Home Is Sonic that was first released on Æ Recordings, sub-label to Thule. Naturally, Delsin liken the sounds of Exos to Basic Channel, but retain they’re “always fresh, wintry and compelling.” D-side cut “Grow Bigger” is a collaboration with his father Snorri Arnarson, aka Octal, and Delsin further add “few have done minimal dub techno better before or since this masterpiece album, so it’s right that 2015 sees it revisited by fans old and new alike.”

Delsin will reissue My Home Is Sonic on May 11. 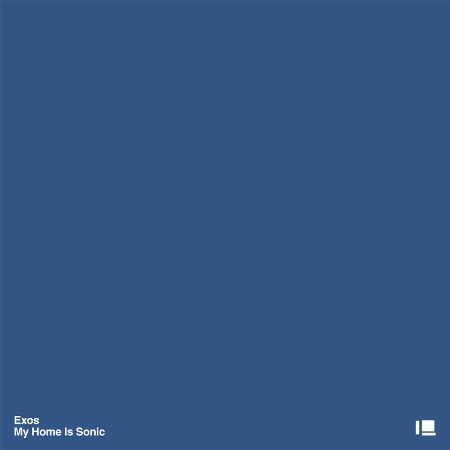