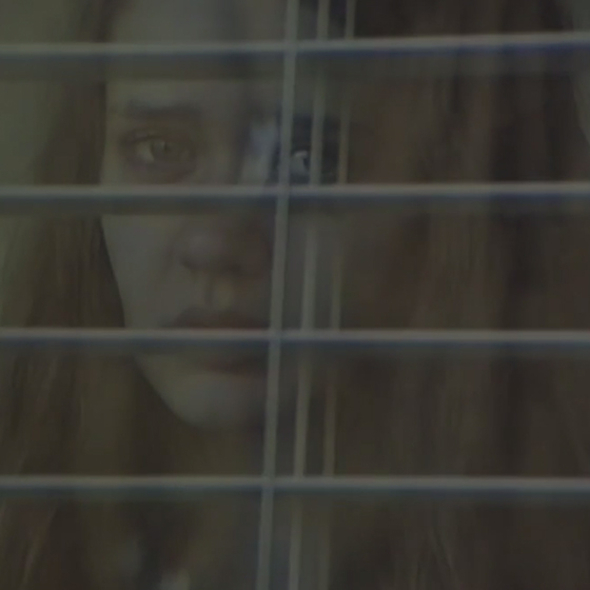 Kai Hugo’s visual trilogy is complete – we quiz the curious Dutchman about these videos and their links to his excellent album.

The more we listen to Kai Hugo’s debut album as Palmbomen II the more we think it might be a contender for those end of year lists everyone says they hate but secretly read all the same. You may well have read some interviews with the Dutch artist already, but there hasn’t been that much focus on the self directed videos that have surfaced around the album’s arrival. Hugo has completed the trilogy with the arrival of a clip for “Cindy Savalas” which can be viewed below, and instead of further straining our craniums in an attempt to interpret his motivations for these short visual pieces we elected to give him the platform to explain it all.

Hello Kai. Could you start by expanding on the “Cindy Savalas” clip and your video trilogy on a whole?

Yeah, the “Cindy Savalas” video was kind of based on readings from the late Lloyd Pye (see here), he has crazy theories that inspire me a lot. It’s about missing links between neanderthals and humans, and how aliens put us, humans, on earth to mine gold for them. He tries to prove it with scientific evidence. I don’t ‘believe’ per se, but I like how he totally wraps around our human history and ‘everything we knew’. Because I gave the tracks on the album pretty anonymous names (I can hardly keep them apart myself) the videos seem to give more of a face to these songs. But I also just like to direct and film, I like esthetics, and I’m so happy to blend these esthetics with music. It feels really powerful to do both. Like you really create a whole world.

And how about the links between these videos and the album? What inspired the videos? What is the story behind the higher powers and who are the characters meant to represent?

I don’t know about these higher powers. I like to show a ‘now-a-days’ world, with some kind of a surreal background. Not really that you see weird things, but you feel that there’s something happening in the background. I like that these characters are on the border of special personas, or totally crazy; you don’t know. I’m inspired by so many movies, from modern American classics like American Beauty, Donnie Darko, American Psycho, Thumb Sucker, Mullholland Drive etc, to European movies like Haneke’s Seventh Continent, or Wim Wender’s Paris Texas. It feels a bit too much to call all these names, because I don’t want to compare myself to these directors, I’m just playing around. I get inspired by photo’s as well, but also stories I collect, or theories like Lloyd Pye’s.

How receptive was Tim Sweeney to the idea of presenting the music in this fashion?

I just said I was gonna shoot some video, Tim and Matt (RVNG Intl.) said ‘fine’, and then I made the first one and they liked it and then I made the next one, etc. There was not much planning or anything. It just went by itself. They are really relaxed and let me do what I want.

If there were the resources would you have embellished each of the album’s tracks and the characters behind them in this manner?

No, I think I would bore myself, that almost sounds like ‘work’. To do like four or five, like I want to do, is all I want, then I want to focus on other filming ideas again.

Are the actors in the videos friends of yours?

Some of them are, some are people I just met, but I keep hanging out with people I work with, it’s fun, because I kind of get a collection of actors and characters that I can work with in the future. All are people around me here in LA that I meet, though the last two girls in “Cindy Savalas” I hired through a casting director, Dana, for the first time. But it’s mainly just playing. Like I’m in school again. I just write a script quick, a week after getting my actors and props together, then filming for two days and editing directly after. It’s all very quick and spontaneous.

Why does The X-Files hold such a fascination with you and how long have you been looking to express it creatively?

I’ve seen all seasons twice, I was looking for it the second time while I made the album. I have to say, it was just in the background all the time, it was not the main thing. It looks like it, because of the titles and all, but musically I had different influences. But the atmosphere was there and that influenced me a lot. It’s because of the esthetics and atmosphere, made by the lights and backgrounds and all, but also because of the theories and ideas they ‘try out’ every episode.

What’s next for the Palmbomen II project?

I’m finishing a few EPs. Not sure where I’m gonna release them yet, I have some labels interested. Also I have some more videos to finish. But mainly I want to play live. That’s what this project is for. My live set is my studio and vice-versa, so I want to make use of it and play.