Japa Habilidoso and Mosey make their first official outings on the DC label’s next round of releases.

Tapping up a new Future Times release always feels like a thrilling roll of the dice, whether it be dusty dream states or savage drum attacks waiting at the other end. The label helmed by Andrew Field-Pickering (aka Maximillion Dunbar) and Mike Petillo (of Protect-U infamy) has made mincemeat of convention for seven years now, with 2014 proving to be especially productive for the pair. Releases from Mood Hut affiliates Hashman Deejay, House of Doors and Kinetic Electronix firmed up the sonic links between Vancouver and DC, augmenting further records from Jordan GCZ, Protect-U and Field-Pickering’s Dolo Percussion alias.

Now they set their sights on confounding all and sundry even more in 2015 with their first batch of 12″ releases for the year, and both come from unexpected corners. First up is a raucous offering from Brazilian producer Japa Habilidoso, whose imagination is only equaled by his intensity which is no problem for the Future Times curatorial line. So far Habilidoso has had some outings on the low-key CD-r label 40% Foda/Maneirissimo, but this release marks the first fully-fledged 12” for the artist also known as DJ Guerrinha. Future Times are clearly feel impassioned about the situation, proudly proclaiming, “this cut is the most punk shit that FT has so far had the pleasure of releasing.”

To complement this, there is something altogether calmer on the way from the label by the aptly named Mosey who debuts on Future Times with Tuff Times, a three-track 12″ that’s “primed for fans of lovers rock techno and 16-Bit new wave.” It’s still a diverse and unconventional ride, as you would expect from Future Times, but it’s more rooted in emotive plain sailing synth lines rather than rambunctious variations. You can preview samples of both these upcoming Future Times releases below and our thanks go to the label for introducing us to Lale Westvind whose fine illustrative work adorns the Japa Habilidoso record.

Future Times will release both Funk Do Sindicalismo by Japa Habilidoso and Tuff Times by Mosey in April. 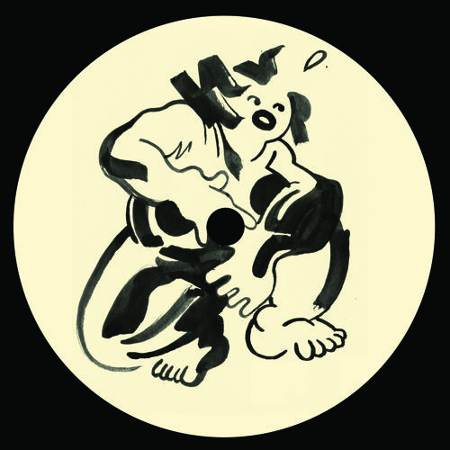