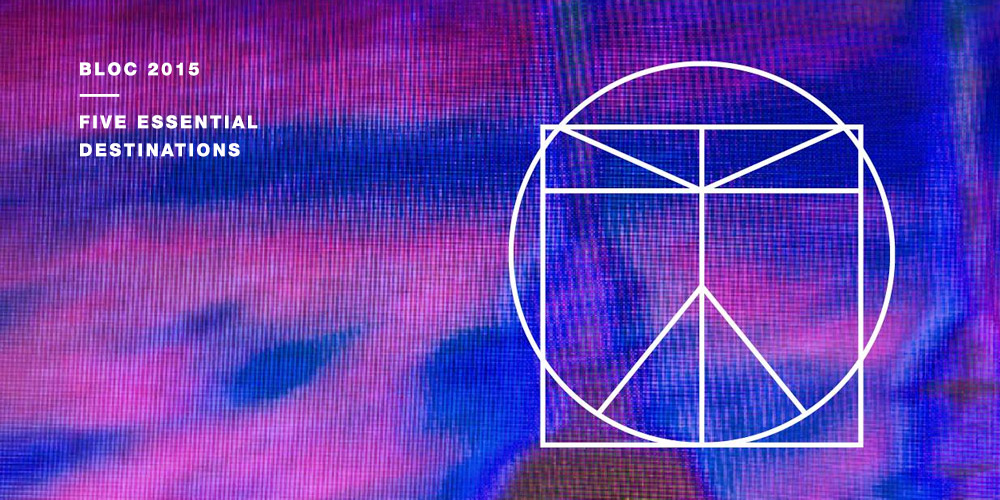 Oli Warwick sifts through Bloc Weekend’s mammoth line-up to pick out some of the highlights.

From its humble beginnings in 2007, it’s been a lively journey for Bloc Weekend. The team that began life as Base Logic brought a much needed focus to leftfield electronic music festivals in the UK when they set out on their journey with a three day party at the Pontins holiday resort in Hemsby. After they outgrew the humble surroundings in their native Norfolk, they moved operations to the comparatively upmarket climes of Butlins in Minehead, where they spent three years bringing an ever-widening reach of quality live acts and DJs to one self-contained pleasure village for two days in March.

There was a much-storied bump in the road in 2012 when Bloc set their sights on the capital with an ambitious event set around the London Pleasure Gardens with a line-up that reached the dizzy heights of Steve Reich and Snoop Dogg, only to fall foul of an unprepared venue and council restrictions that cut the party short mere hours into its first night. Since then, the Bloc team has regrouped and built new foundations around their Autumn Street warehouse venue in London, which provided an outlet for their promotional instincts and the necessary means to return to their roots with the 2015 Bloc. Weekend in Minehead.

In typically grandiose style, the line-up has been nothing short of mind-boggling as it has emerged in the lead up to this month’s event, and as such it’s difficult to sort through the staggering amount of quality on offer and pick out a few key acts. In the interests of covering as much ground as possible we’ve picked out five distinctive sets that will be taking place over the weekend that you’d be mad to miss. 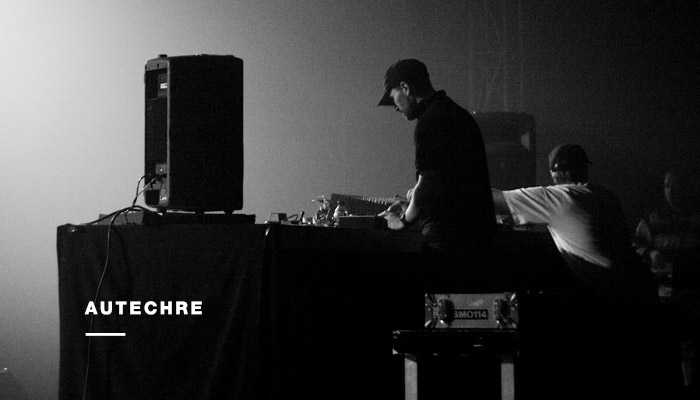 The duo of Sean Booth and Rob Brown should need little introduction at this point. As fearless audio pioneers with an uncompromising focus on technology-driven experimentation, the pair have earned a rightful position in the annals of electronica history through refiguring the building blocks of electro and techno as a complex and distinctly unusual beast.

Live shows aren’t exactly rare from the group, who prefer to perform their mechanical contortions in pitch black to give extra emphasis to their sound, but their history with Bloc. makes them a meaningful inclusion on the must-see list. Their performance at the first weekend in Pontins in 2007 was a significant moment for all present, with a recording of Autechre’s set doing the rounds on the online bootleg circuit and in turn cementing Bloc.’s reputation as a noted port of call for electronic music. If one performance is likely to distill the spirit of Bloc. it will be this one. 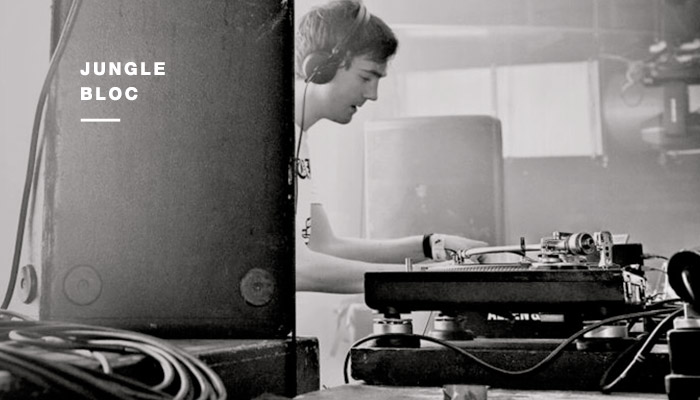 Bloc. should always be a haven for exclusive treats, and few can sound as thrilling as the mouth-watering assembly of spinners lined up to celebrate the sound of jungle. It’s no secret that appreciation in recent years of early ’90s amen-break mangling has ramped up again, and in honour of the occasion the Sunday night programme gives seven hours over to a grade-A list of heavy hitters to get the weekend-worn revelers digging deep for one last blast of dancefloor energy.

The Red. club space will rock to the sounds of re-animated originators Source Direct, while the inclusion of additional veterans Doc Scott, Randall and Dillinja suggest there will be a distinctly Metalheadz flavour in the sounds being transmitted. Furthermore, the new guard will be represented by Ben UFO and Raime, who may well bring their own personal twist to one of the most enduring of all UK rave styles.

You can’t move at the moment for producers swearing allegiance to the alluring world of patch cables and quirkily named boxes that make up the murky world of modular synthesis. With Bloc.’s focus on taking the temperature of contemporary trends in underground music, it’s only right that they provide a platform for such a fervently adventurous medium, and so the London Modular collective have the run of the late hours on the Jak. stage on Saturday night / Sunday morning.

As well as the London Modular team themselves, technoid upstart Matthew Flanagan will be present in his Defekt guise, alongside Freerotation organisers Steevio & Suzybee and sound designer extraordinaire Richard Devine. The styles these respective tinkerers elicit from their machines are pleasantly diverse, which makes the prospect of the 5am free-for-all jam session very intriguing. One only wonders if the stage will buckle under the weight of the mammoth banks of equipment. 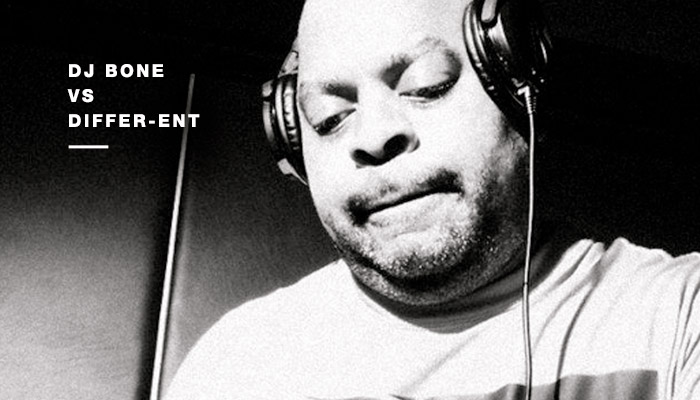 Having been a Detroit techno champion for more than two decades without attaining the praise foisted upon so many of his peers, it’s pleasing to see Eric Dulan garner much deserved recognition in recent years. With his Subject Detroit label carrying the majority of his work, the DJ Bone style has constantly married tough, unrelenting energy with a playful melodic sensibility, not least when he muscles a three-deck workout.

His recent single on Don’t Be Afraid announced his Differ-Ent alias to the world, which he described to Resident Advisor as “the other side of Bone’s Gemini being. He is Detroit techno’s orphaned son. He’s darker, more aggressive and straight to the point but still manages to remain beautiful in a very twisted way.” In the same interview Dulan points to his excitement at finishing up his TURF tour with this “very special appearance” at Bloc., which suggests he will be pushing his sound more than usual during the twilight hours of the festival. 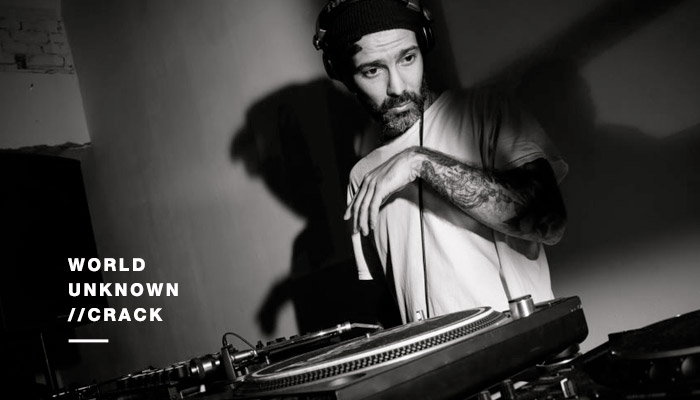 If you needed an impression of just how weighty the Bloc. line-up is, this snapshot of one stage for one evening should tell you all you need to know. Curated by the combined efforts of Crack Magazine and World Unknown, the Carhartt. stage will be reverberating for 12 hours straight with some of the most upfront DJs and producers of modern times. What binds this disparate bunch is the sludgy melting pot from which their sounds are derived, equal parts old and new, beautifully realised and commonly grubby, rooted in rave dynamics but unconcerned with accessibility.

Helena Hauff’s stock continues to rise as her EBM-soaked DJ sets and 808-powered releases garner ever more attention, while Traxx, equally, has been felling all those before him with his otherworldly record selections, while Cut Hands possesses a fearsome grasp of heavyweight techno and Middle Eastern percussion. Millie & Andrea will be summoning the gods of hardcore into a dynamic and unpredictable live melee, and Samuel Kerridge will no doubt showcase the sound-world he’s crafted on his Always Offended Never Ashamed LP. That’s in between sets by Dean Blunt, Ron Morelli and Lee Gamble, with World Unknown tearaways Andy Blake and Joe Hart taking the controls at 6am for what should be a riotous way to see in Sunday morning.