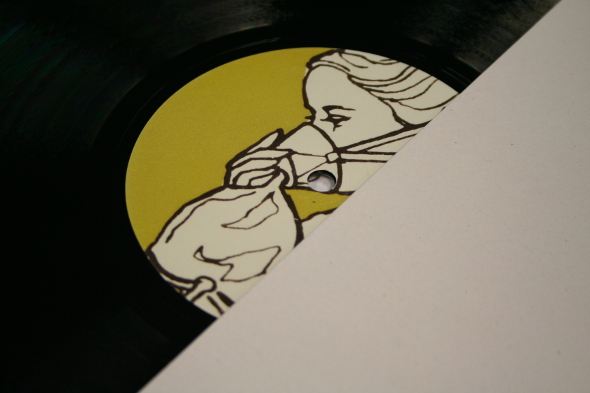 There are many facets to Samuel Van Dijk’s creative endeavours; he’s a multimedia artist, with an eclectic CV that includes stints as a photographer, graphic designer and, most notably, as a filmmaker. His short films – some for commercial projects, others for fellow musicians – are undeniably eccentric. Often unsettling, visually bleak and curiously drowsy, they feel like visual interpretations of the creeping darkness and otherworldly murkiness that often manifests itself in his music. Not all of his music projects share this aesthetic, but for the most part his records are dusty and atmospheric, with deep electronic grooves or beatless passages that slowly unfurl, as if produced in slow motion. 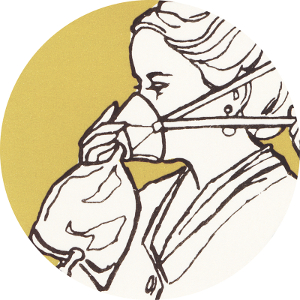 This has been most notable on his dub techno and ambient projects under the Mohlao and Multicast Dynamics aliases, but can also be glimpsed in his more recent work as VC-118A. These releases, for Trust, Lunar Disko and Tabernacle, have tended towards the angular, with sharp, sparse, dancefloor-centric electro and techno rhythms being joined by foreboding textures and alien electronics. While more forthright and, on rare occasions, dreamy, they retain Van Dijk’s obsession with the macabre.

Propulse is Van Dijk’s second EP for the admirable and always off-centre Tabernacle imprint, following 2013’s undeniably desolate Flight Control. Interestingly, it’s a little less obviously forthright than previous excursions under the VC-118A pseudonym, with more of the disconcerting, creeping atmospherics associated with his other projects. In truth, it’s a stronger release for it.The title track is perhaps the best example of this fusion, with ghostly chords and ethereal pads seemingly floating over a crackly, hypnotic groove. It’s a groove that’s hard to pin down, sitting as it does somewhere between Dutch electro, German minimal techno and grainy deep house. This kind of fuzzy blurring of pre-ordained genre boundaries is, in many ways, typical of the whole EP.

Certainly, this trait is visible in the rumbling sub bass, claustrophobic dub techno textures, fizzing beats and ominously droning electronics of “Central Zone”. It’s a little less apparent on “Virile Frame”, which doffs a cap towards the intense acid of Jamal Moss and the hardware experiments of John Heckle. Even so, it’s a shadowy concoction, with curiously watery sound effects and steel-plated percussion hits contrasting with the supernatural feel of Van Dijk’s drifting chords.

There’s always an exception to the rule, of course, and that comes via a typically pitch-black remix from Tabernacle regulars Lost Trax, a mysterious crew of producers who closely guard their identities. They take “Propulse” and give it a huge kick up the nether regions, adding ragged, undulating acid lines and a little more dancefloor grunt. Wisely, they’ve managed to retain the clandestine atmosphere Van Dijk’s original, whilst dragging it kicking and screaming towards a sweaty, anger-filled basement. On first listen, it jars a little in comparison to the other tracks, but that’s only because it’s so gloriously uncompromising. Placed at the end of the EP, it feels like a thrilling conclusion to an EP of thrillingly leftfield murkiness.

A1. Propulse
A2. Central Zone
B1. Virile Frame
B2. Propulse (Lost Trax Remix)