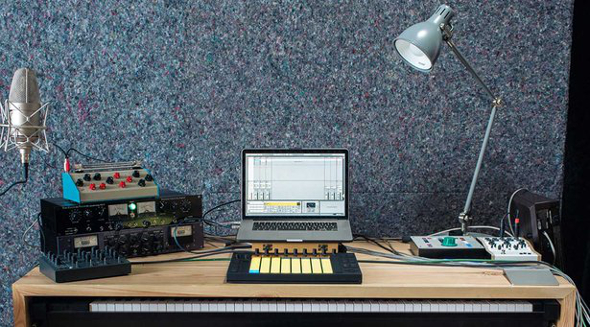 The latest update of the popular DAW deals with warping, latency and more.

The beta-testing community of Ableton Live users have long been a key factor in the development of the widely used music production software, taking the program to task in as many different studio scenarios as possible before the official release gets rolled out. As reported by Resident Advisor, over the past week the beta version of Live 9.2 has been released, with avid volunteers keen to raid test the reported updates which include improved ‘auto-warp’ tempo detection, improved latency compensation, and a new tuner device to help get instruments and outboard hardware singing from the same sheet.

There are also some considerable updates for the Live hardware companion Push, which now allows you to use all 64 pads for drumming as well as allowing the touchstrip to be used as a modulation wheel or pitch bend. Registered Ableton Live users can sign up to the beta program and read more about the specific updates at the Ableton Live website, and for an example of how Ableton’s Push can be fully utilised view the video below.