The tenth release on Pinkman sees a label debut from the excellent Sheela Rahman.

The long awaited XOSAR album for the Black Opal series is seemingly almost due for release, and now the US-born producer’s 2015 discography is set to grow further with full details of Sheela Rahman’s debut for Pinkman Records. News of Rahman aligning with the prospering Rotterdam label isn’t exactly new, with founder Patrick Marsman casually revealing the coup in an interview with this site last October amidst a flurry of other intriguing projects.

Entitled World Of Illusion, the upcoming 12″ of “mystic techno” is due in early April and features two tracks that should be familiar to the more avid XOSAR followers out there. “World Of Illusion” has previously appeared in the live set XOSAR performed on Beats In Space last year, whilst the wonderfully titled “Phasers Of Eden” was amongst a clutch of unreleased material Rahman included on a podcast for online platform Clubbing Spain back in 2013. You can preview both tracks below ahead of World Of Illusion being released.

Pinkman will release World Of Illusion by Xosar in early April. 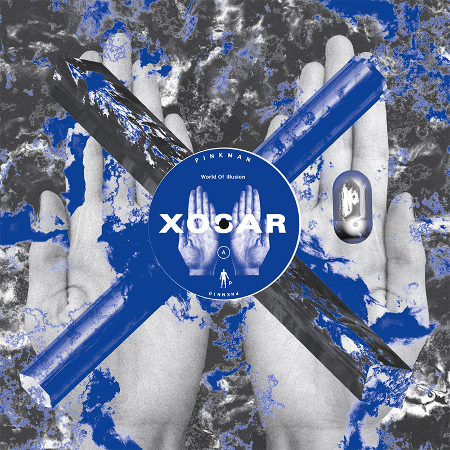 A1. World Of Illusion
B1. Phasers Of Eden