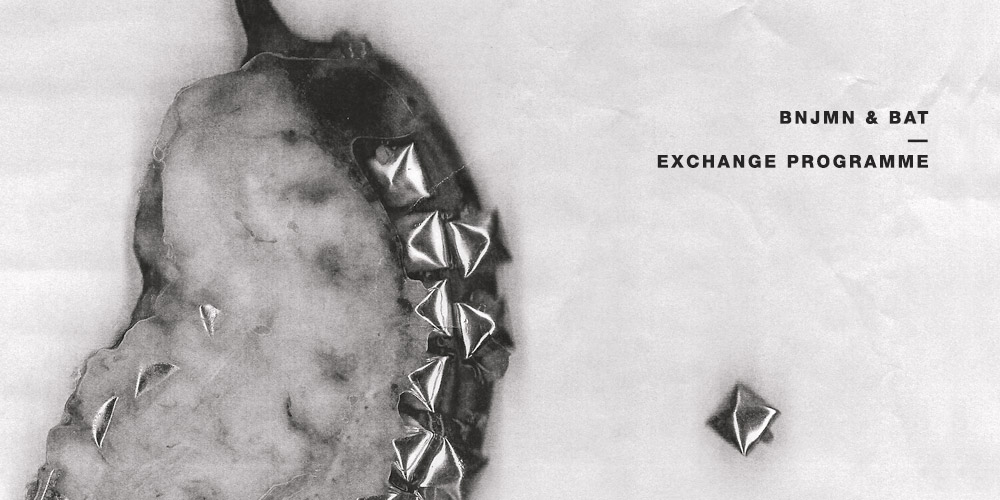 Oli Warwick instigates a three-way discussion between BNJMN and Best Available Technology, seeking out the facts behind their new, collaborative album.

The origin of Ben Thomas and Kevin Palmer’s collaboration is a very modern tale: two solo-operating electronic musicians on opposite sides of the world reaching out across the digital divide to make a meaningful connection. They certainly aren’t the first nor will they be the last of online collaborations to flourish into a full-blown creative endeavour, but Thomas and Palmer’s joint venture makes for a shining example of the impact global connectivity has had on the flow of artistry. In keeping with the spirit of their shared work (not to mention geographical practicalities), I dialled up a three-way Skype connection linking Portland, Oregon, to Berlin via Bristol where Thomas and Palmer spoke to each other verbally for the first time.

It’s interesting that, aside from the simple convenience of passing ideas back and forth with someone more than 5,000 miles away, the very nature of this remote jamming has an impact on the creative process and resulting sounds.

“The internet has played quite a big part because if we worked on this stuff in person, we wouldn’t have so much of the digital and analogue,” Thomas explains. “Maybe we would just be working in one of those methods, so actually sending each other stuff back and forth is giving us the best of both worlds.”

Thomas has a point; both are distinct in their studio approach, with Thomas professing to be more digitally focused (albeit not exclusively) while the Palmer works primarily with outboard hardware. To date Thomas‘s career has been largely defined by his appearances as BNJMN on Rush Hour, where two albums for the Direct Current sub-label have yielded a glossy, richly detailed but equally organic sound that flirts with house music while moving with the patchwork charm of the West Coast beat scene. Palmer, meanwhile, has found recent notoriety as Best Available Technology (commonly shortened to BAT) through a salvo of daring, texture-rich works on the fringe between edgy techno and noise for labels such as Opal Tapes, Further, left_blank and Styles Upon Styles.

Having released BAT’s Excavated Tapes 1992 – 1999 Vol.1 and Thomas’s Singing Statues side-project, it’s the London-based label Astro:Dynamics that’s carrying this collaboration. While it may serve as a common ground for two quite distinct artists, it was actually mutual appreciation that drew them together. Thomas credits Lukid with discovering Palmer’s work, and a quick scan of old SoundCloud communication between the two reveals the initial message, “lovely stuff man, do you have any releases out?” which soon became a conversation that blossomed into a working relationship.

“It’s definitely been the most fulfilling and long lasting internet pen pal thing for me,” Palmer enthuses.

It’s clear the way the pair speak to each other over Skype that they’ve been regularly communicating during the past three and a half years (since that first point of contact), yet there is also an enthusiasm and politeness of earnest strangers to each others observations about the collaborative process. It’s probably helped by the fact both are huge admirers of each others work whilst equally being noticeably self-deprecating about their own. It’s an endearing exchange to observe.

“Kevin would send me these ten-minute long jams and I would just cut them up,” Thomas explains, “and the thing I liked to work with the most was the distorted stuff that had been heavily manipulated, which I can’t really get inside the computer,” he says. “I’m pretty much just working in Ableton, so I love the sound that he gets.”

“I just don’t do the really beautiful synthetic stuff that Ben does with synths and pads, and these really cool progressions,” Palmer counters. “It’s so exciting for me to get those and loop them up or chop ‘em and then run ‘em through whatever little boxes or pedals or mixers.”

In their exchanges of audio, a steady work ethic emerged where they would each generate their own unique sounds and then pass them to the other to interfere with as they saw fit. Although it doesn’t sound particularly like anything either artist has done in the past, there is a distinct push and pull of identities at work, and it becomes apparent one or the other may well have been responsible for a particular track reaching completion, giving extra definition to the project’s debut opus, De/Re-Constructions.

Both found the swapping of parts coaxed them into new approaches compared to their usual, insular processes, not least in having a mutually interested partner to garner some feedback as tracks would progress.

“I’m just so used to doing stuff by myself with very little feedback and that’s probably not a great thing,” Palmer says. “Me too actually,” Thomas agress, continuing, “usually when I’m working I hardly send stuff to anybody until it’s released, so to give each other feedback along the way was a really unique experience.” 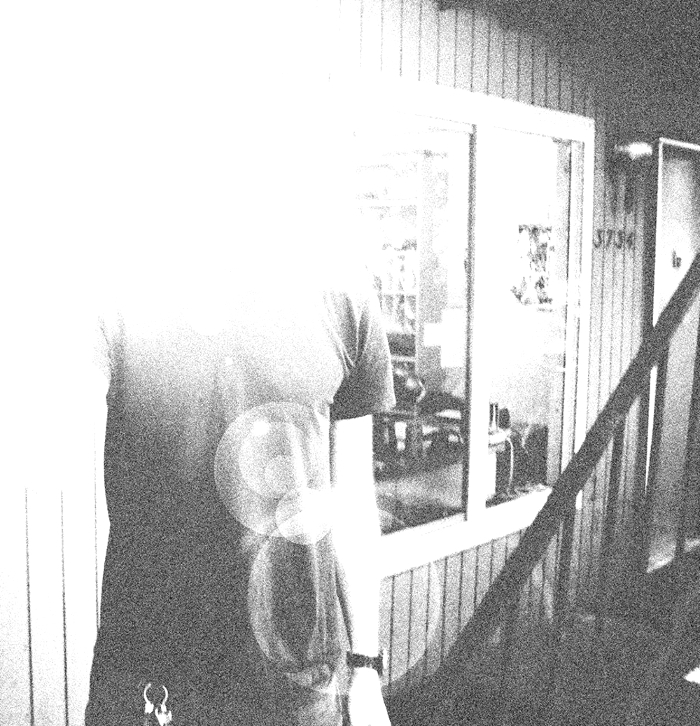 That said, Thomas, at least, has previous experience in this arena. In 2010, under the Jackhigh alias, he collaborated with Brainfeeder regular Teebs on a seven-track EP for Svetlana Industries. As well as thinking it was equally a fusion of two artists with very different styles, there was also a similar mood in the exchange of ideas.

“The way I work with Kevin is pretty similar to the way I worked with Teebs,” Thomas explains, “and they both (projects) remind me of each other because they’re both super laid back and really easy to work with.”

While Thomas had delivered the Plastic World and Black Square albums back in 2011, the long player format, however, is not something Palmer has specifically engaged with. While his discography may sport four releases listed as albums, the cassette-focused titles were not weighed as entire bodies of work but rather as collections of individual ideas. Within De/Re-Contructions, Palmer took the opportunity to play with the complete listening experience in a way that previous projects had not allowed, and Thomas in particular noticed sonic signifiers in earlier tracks that would manifest again deeper into the album.

“I would say they’re like preludes,” Thomas muses. “On “Things Go”, there are sounds in that which don’t actually occur until later on in the album,” he says. “They’re like a hint for what’s to come.”

“I like that sonic foreshadowing,” Palmer agrees, “especially in the context of a full length album, which was new to me,” he adds. “I was cognizant of that, although I don’t think Ben and I even really talked about it.”

As well as their own efforts in shaping a cohesive and considered body of work, Thomas is also keen to point out the role of the label in helping pull together the material into a narrative that made sense.

“Luke (Owen), who runs Astro:Dynamics, really helped with narrowing down the best tracks to use,” Thomas explains, “and also I think he helped with the order too. Definitely a large part of the album credit should go to Luke as well.”

Naturally, the initial stages of the exchange programme weren’t instantly aimed toward a specific release plan, and both acknowledge the undertaking as being a significant help in easing creative blocks. In the uncontrived flurry of ideas, both artists were able to cut loose and enjoy making sounds without worrying about the final destination, which in turn fed back into greater productivity in their solo work. Aside from workflow though, the shared experience also yielded stylistic progress for each of them, and some of the results can already be heard in recently released material.

“After we made this album it spurred me on to make a lot of music,” Thomas explains, “like a Delsin EP which I made. One of the tracks (“Blown”) actually features Kevin on it, and I don’t think I would have made that EP, or even stuff that I’m making now, if it hadn’t been for this album,” he says. “It gave me a fresh perspective on my own music too.”

Furthermore, Palmer talks readily about Thomas’s distinctive penchant for melody has seeped into his craft, encouraging him to engage with harmonic content where often in the past he would evade it. Equally, in the necessity of sharing audio content, he had to reappraise some of his well-worn methods in order to aid the process at Thomas’s end, at times holding back on his signature layers of reverbs and delays, and running dry parts in order to give Thomas some more tangible material to work with in amongst the swells of feedback and noise.

“I don’t know how much of that he even noticed,” Palmer says of his endeavours to deliver cleaner content, “but I did for sure, and that was also really challenging because I didn’t have whole lot of confidence in my stuff,” he adds. “So I was like, ‘oh shit I’m gonna send this stuff to Benjamin and he’s gonna hear how bad it is dry!’ Now when I record stuff I’m actually like, ‘wow, that’s kinda fun maybe I can do tracks like that!’”

While in the depths of their own individualistic research and development, the shared venture springs to mind frequently, they say. Since the album was pieced together, Palmer and Thomas have been continuing with their personal pursuits, although there is a certainty in the air about future collaborations.

“When I sit down to do stuff now there are certain moments when I think, ‘oh cool, I need to save this to send to Ben’,” Palmer explains. “I’ll start to work on something and I’m like, ‘fuck this is cool. I wanna save this and try and figure out how we can do it live’,” he adds. “I’m thinking about that a lot.”

At present, there are no specific plans in place for a joint live show, and separately, Thomas is more commonly found DJing, while Palmer is selective about the bookings he takes; but still, the idea of a live show hangs heavy, particularly for the latter, with his studio set up being how it is.

“I actually used to have this totally ridiculous idea that I would only record stuff if I could do it live,” Palmer says. “How absurd is that?” he adds, continuing, “especially when I wasn’t fucking doing anything but recording in my basement! I’ve gotten really used to having this on the fly, dub mixer gear set up where a lot of my boxes can run sounds back into it in real time, so to be able to combine that with a set up like Ben has – as long as we had a mixer between us with enough inputs and outputs – we could totally do something cool.”

It sounded as though Palmer’s eyes were lighting up to the point of being blinding when he talks about the prospect of playing live, while Thomas is equally enthused about the idea of running his sounds into the warm circuitry of the BAT set up. One gets the impression this won’t be the last time we hear about the shared fruits of BNJMN and BAT’s labours, but right now, however, both artists are clearly focused on their own material, taking in the lessons learned from de-and-re-constructing each others sounds.

De/Re-Constructions by BNJMN & Best Available Technology is out now on Astro:Dynamics