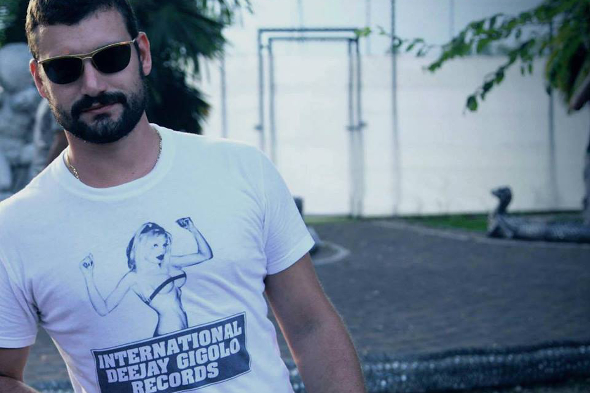 The Venetian opens the 2015 account for the UTTU sister label with The Climax EP – stream in full here.

Take a look at the 2014 release schedule from Hot Haus Records and you’ll realise what an impressive cast of talent DJ Haus assembled over the course of the year with Max D, Photonz, Willie Burns, Rushmore, and DJ Octopus amongst the 11 records issued. A press release for the first Hot Haus release of the year promises more of the same and is suitably straight to the point, simply quoting DJ Haus in all caps: “NEW DROP FROM STEVE MURPHY.. THE FIRST OF MANY HOT HAUS RECS IN EFFEKT RELEASES TO COME THIS YEAR!”

Steve Murphy is of course our favourite Italian hardware mangler whose name brings to mind a defensive midfielder for Nottingham Forest, and perhaps he’s the only producer in this category, but he’s definitely our favourite. If you were a fan of his Relax EP for the similarly irrepressible Lobster Theremin last year, it’s likely the four new Steve Murphy cuts on The Climax will resonate, with the surging intensity of “Something Around The Sun” standing out as a particular highlight. Stream in full below ahead of release later this month.