CTM Festival reveals third round of additions for 2015 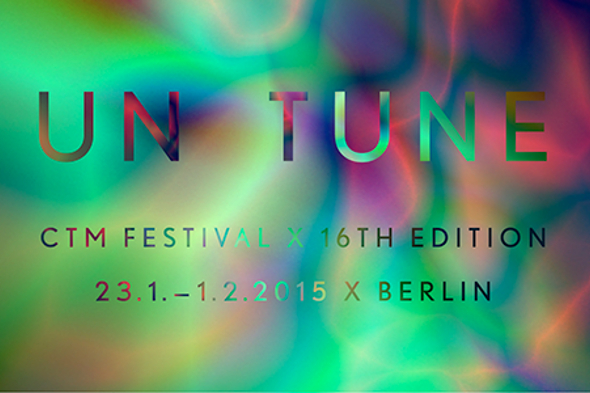 The Bug, Mumdance, Logos & Shapednoise, Powell, TCF and more have been added to the Berlin festival next year.

As previously reported, Berlin’s CTM Festival will take place between between January 23 and February 1 under the “Un Tune” banner. Acts like Carter Tutti Void, Evian Christ and Craig Leon have already been announced, and now a third batch of names has been added to the festival’s already considerable line-up.

Heading up the list of new additions are Atom TM and Robin Fox, who will be performing the “Double Vision” show premiered at Unsound earlier this year, while Ninja Tune artist The Bug will premiere a new show called “Sirens”, described by CTM as “rhythmless, immersive, and constructed from sirens, foghorns, and bass drones.” UK grime producers Mumdance and Logos will be teaming up with industrial producer Shapednoise on a collaboration called “The Sprawl”, while dub legend Adrian Sherwood and dubstep veteran Pinch will also perform together in support of their forthcoming collaborative album.

A host of other Juno Plus favourites have also been added, including Diagonal founder Powell – performing the same live set that proved a highlight of this year’s Unsound festival – TCF, Lorenzo Senni, OAKE, Palms Trax and Volte-Face. For the full list of additions and information on buying tickets to the festival, which takes place at multiple venues across the city, visit the official CTM website.