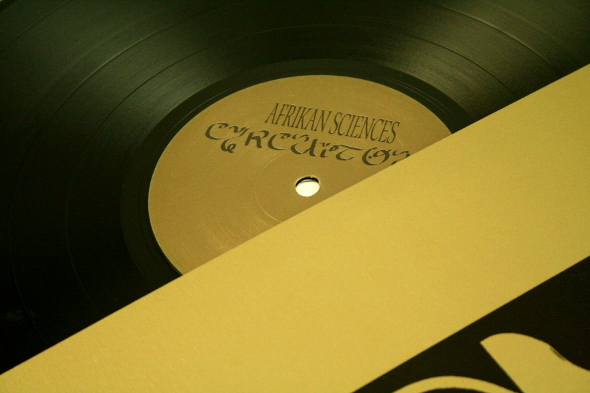 Eric Douglas Porter has been on an increasingly prolific tip of late, gaining exposure for his craft while managing to be totally singular and independent of any particular movement or scene. He is of course affiliated to Aybee and the Deepblak stable, forming one of the central tenets of the Oakland label, but he moves in his own orbit much like the way Ras G holds his own space despite being an central figure in the Brainfeeder story. Even when he and Aybee collaborated for the sublime Sketches In Space LP earlier in 2014, Porter’s voice shone through true and tangible, arguably sending his collaborator’s reasonably loose sound out into the even braver frontiers in which Afrikan Sciences resides. 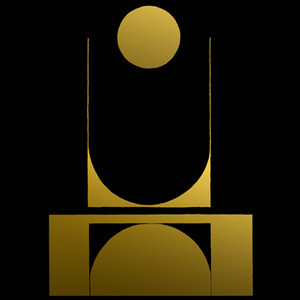 This latest album comes to light on PAN, marking the first outing Porter has made away from the Deepblak stable, although the initial impression is that how and where the music disseminates hardly matters with work such as this. Nothing could shake the Afrikan Sciences sound from its moorings, for the moorings are so elasticised to begin with, and so Circuitous feels like just the kind of record you want when signing up for an interstellar audio ride. There’s always a moment of trepidation before starting up a new Afrikan Sciences release; a flash of unease that comes before a new and unpredictable experience, and in some ways it’s possible to say that this time around there is a smooth entry into this rhythmic hinterland.

The A-side comes to light with sumptuous, freeform keys that fall with delicacy. They’re so utterly soothing they almost distract you from the willful calamity of the rhythmic noises and lopsided bass synth that comes lolling in at angles of dissent. Ah yes, that wonderful discord; now you know you’re in an Afrikan Sciences record. Here though, “Two In The Chamber” reveals an astounding level of resolution as these utterly disparate elements fuse into a cohesive whole through nothing but sheer determination. It’s not that they mutate to gel together better, but rather that Porter’s unflinching conviction becomes infectious until you’re locked into the same groove he is, however alien it may be.

The warm elements of course help the transition to a new rhythmic language, and likewise “Transient Authority” has a comforting undercurrent nestling below the rambunctious off-kilter drums that works a treat in keeping you from drifting away from the shock of the new. At times the maverick styles are positively playful, as on “Evolved In Twists” with its gleeful staccato drum hits and chord stabs, expressive bass and flamboyantly sparse pauses. And that’s just the first side of a double LP. There are some moments that actually hang on to more graspable beats as well. “Circuitous” in particular works around a steady broken beat rhythm, while “Feel” just about clings on to the realms of a reliable loop even as it waltzes away in a delightfully modern dance.

Elsewhere the gloves are off and the drums come to knock you sideways. “Group Home Reality” is a masterwork of dismembered hits pulling the tempo apart at the seams, while “I’m Asking You KB” has its own fractured framework that runs off into the dusty distance. “Kae” represents something of a high watermark for the LP, using a compelling stomp of booming, timpani-like beats, spooky synth trails and plenty of space to create a piece loaded with nail-biting tension. By way of contrast, “Swash” is a joyous celebration marked out by skittering jazz drums and wandering keys that hark back to that aforementioned playful quality.

Truthfully though, it’s hard to picture when one might fully absorb and understand an LP such as Circuitous, as is the way with any Afrikan Sciences music. The soul is easily grasped as it bounds so proudly out of the madcap compositions, but a lifetime would not be long enough to pick apart every nuance and flourish Porter rubs into his creations. Therein lies the magic, for this is music that will never get dated, for in its astral tones it feels as young as a seedling and as old as a star. The cosmic analogies are all too easy with this kind of music, but they come to mind for a reason, and you know that Sun Ra would approve of the work of Afrikan Sciences.