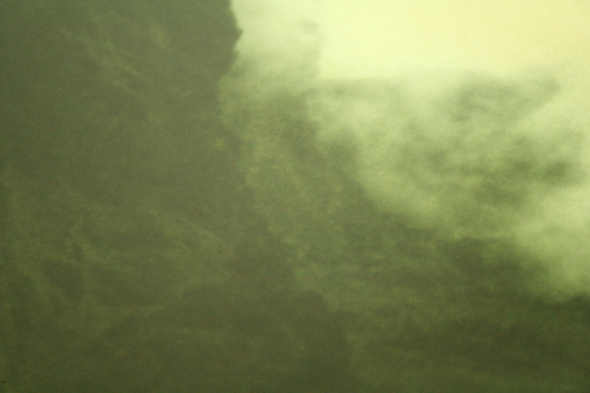 Throughout their eight-year career thus far, Lisbon act Gala Drop have undergone numerous changes in both style and personnel which has been reflected in the shifting emphasis of their output. These releases – two EPs and a single album in six years – have featured a myriad of influences. Humid tropical rhythms, krautrock, experimental disco, Balearica, dub reggae, punk funk, drone and ‘60s West Coast psychedelia all play their part to varying degrees in the dense, loose and trippy sound Gala Drop have cultivated. 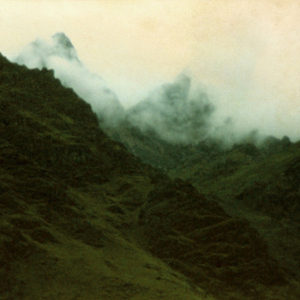 Compare, for example, their 2008 debut album Gala Drop – their first recorded output, and the point where drummer Alfonso Simoes joined founders Nelson Gomes and Tiago Miranda (yes, that Tiago) – with their 2010 Overcoat Heat 12” for Golf Channel. The latter was an altogether baggier, sunnier affair, with more obvious dub influences, even if it did retain the feverish sense of tropical stickiness that characterised their self-titled debut. By then Guilherne Goncalves had joined on guitar. When they resurfaced in 2012, Miranda had left to pursue solo projects (replaced by Rui Damaso) and guitarist Ben Chasny was lending a hand. The resultant 12”, Broda, sounded like the product of some late ‘60s San Francisco freak-out, albeit one framed by krautrock and Gala Drop’s usual sense of creeping humidity.

These days, Gala Drop is a five-piece, and their sound – shaped by a succession of European tours and some two years of on-off studio sessions – is altogether breezier and less hallucinogenic. Some six years in the making, II is a very different prospect to their previous recordings. It is, though, every bit as lovable and intriguing as their previous output. This time round, occasional collaborator Jerry The Cat – a Detroit legend whose credits include work with Parliament/Funkadelic and Theo Parrish – makes his presence felt in a big way.

While he featured on Broda, his contributions – additional percussion and synthesizers, mainly – were buried in the dense mix. On II, he adds vocals to six of the eight tracks, offering a focal point that was perhaps previously lacking. His distinctive vocals – woozy, emotive and often smothered in reverb and delay – transform Gala Drop. Where once they were instrumentalists with a keen sense of atmosphere, they’re now a fully-fledged band operating in the traditional sense – albeit one whose influences and approach still tend towards the unusual.

What’s most striking about II, though, is the music. While it’s as loose and undulating as anything they’ve done, it feels noticeably brighter, as if it was recorded after a particularly enjoyable holiday somewhere bathed in blistering sunshine. There’s still a woozy feel about the sound, but the guitars and synths seem sharper, lazier and jazzier. Even the album’s more uptempo moments – the glistening, deliciously loose “Sun Gun” and standout album closer “Samba da Machona”, a study in heavy Latin percussion, dub bass and cascading synthesizers – come bathed in the life-affirming rays of the sun.

That said, they’ve not totally abandoned their trademark trippy approach which pervades every dub-soaked groove, gentle Balearic workout and the hard-to-define moment such as “Slow House” and “All Things”. As a result, II has an off-kilter, slightly baked appeal to it, and it’s this fusion of their past and present that makes the album such an appealing affair. It’s the sound of a band developing before your ears, adding additional elements to a sound that’s been developing form eight years. It makes for thoroughly enjoyable listening, something emphasized by repeat spins. It might not sink in first time around, but by the time you’ve played it for the 20th time you may well be convinced it’s their strongest work to date.