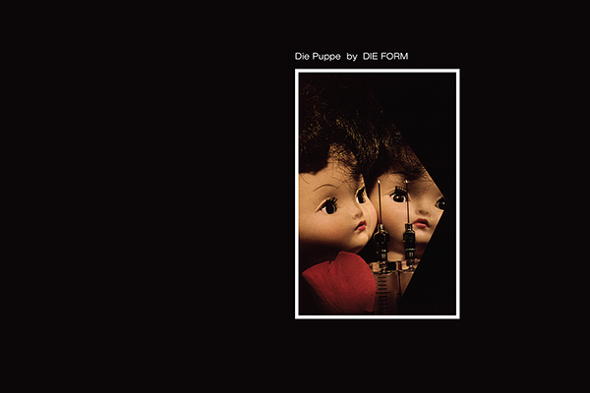 “Prepare to indulge your lustiest hedonistic fetishes” on the forthcoming reissue of the prolific French act’s 1982 LP Die Puppe.

With the end of a fine year for Dark Entries in sight, the San Francisco label looks set to build on the momentum accrued from countless excellent releases with its next archival endeavour. The recently announced remix EP of Psychic TV’s classic “Alien Be-In” is now set to be joined by a reissue of the first album committed to vinyl by French industrial act Die Form. Still active today, Die Form was founded as a solo project by visual and audio artist Phillipe Fichot in 1977, and later became a duo with the addition of vocalist Éliane P and a quick glance at their discography puts them in the upper ranks of prolific French acts to surface in the late ’70s.

Dark Entries will wind the clock back to 1982 and focus on Die Puppe, the first album Fichot released on vinyl after the Die Form sound was formed across a string of cassettes issued through his own Bain Total label. Set to drop in the middle of January, the Dark Entries edition of Die Puppe will be the first official vinyl issue of the album since the original 1982 pressing, and all songs have been remastered from the original master tapes. Produced by Fichot using entirely analogue equipment (including a TR-808 and ARP 2600 synthesiser), Die Puppe is said to explore “themes of eroticism, death and other ‘taboo’ subjects”. Clips of the album can be heard below for those unfamiliar with Fichot’s work.