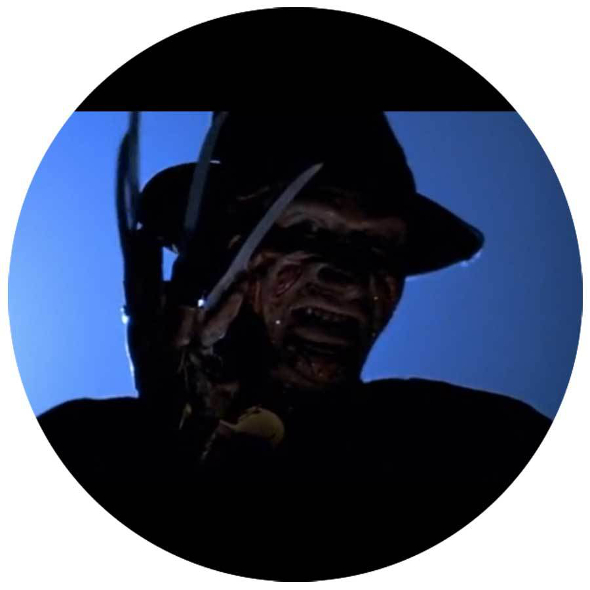 Take in Halloween with a classic from the Gene Hunt vaults, freshly reissued on L.A. Club Resource.

Judging by the number of Dekmantel Festival attendees clad in LACR T-shirts, it seems like the label founded by Delroy Edwards has swiftly gained cult status amongst the current generation of techno collectors and selectors. This has been achieved largely by material from the founder’s contemporaries such as Zipcode (Vereker), Skander and Delivery, with the presence of Chicago house innovator Gene Hunt adding a degree of vintage. Having debuted on L.A. Club Resource earlier this year with the roughshod Pandemonium 12″, Hunt is back on the south L.A. label with some archival material released today in time for Halloween.

Little to do with the Curtis Mayfield classic of (nearly) the same name, “Freddy’s Dead” makes ample sample usage of the sixth film in the Freddy Krueger franchise, and was originally released as part of the Gene Hunt Classics double pack issued on Dust Traxx in 1999. You can stream the track in full below and cop the 12″ which comes backed with a unreleased Hunt cut from the late ’80s over at the Gene’s Liquor site.