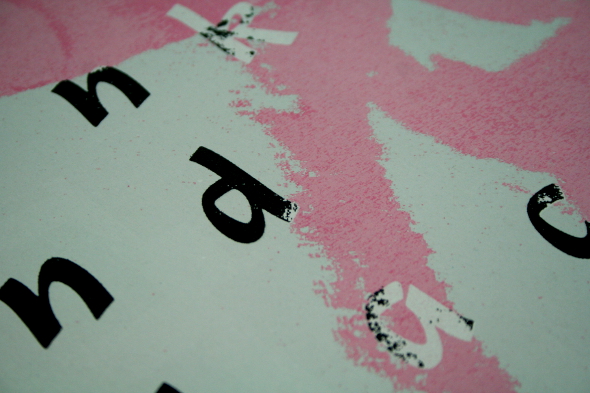 The reissue market is such a riot these days, sometimes you have no idea how on earth people’s imaginations get captured by certain records. It’s a riot, but it’s also a lot of fun: rather than kneeling devotedly before the monument of a record you’ve been hunting for for years, you get to listen through and go mmm, okay, and? My first encounter with Pink and Black’s Sometimes I Wish was, I must confess, one of those. I found it immediately lovely but I failed to see why it was important to hear it again. Then I listened again, and again, and again, and my conclusion is that precisely because it isn’t particularly memorable, or maverick, or rare we should listen to it. It’s sort of… ‘exemplary’. It’s a great example of what English synth-pop – and of what loads of English synth-pop – used to be.

I suspect Emotional Rescue – who nonchalantly reissue this 12’’ here as part of a sprawling catalogue of Andalusian folk, quirky minimalism, effervescent cosmic disco and filigree-like Kraut-ambient – are perfectly conscious of this. The record provides a snapshot of the kind of brilliant invention harboured even in the most remote corners of British synth. Deliciously juicy and electric, “Sometimes I Wish” is a great song, a testament to a great era and a reason to unproblematically dance. It belongs with things like the early Some Bizarre records, with that British New Wave knack for unessential but nevertheless deeply loveable off-kilter pop songs. It belongs with the bittersweet heartbeat of semi-alternative British disco, the stuff that doesn’t sound even obscure but actually really is, or really was.

The single was originally put out in 1984 as Sometimes I Feel on Illuminated Records, the people who gave us the likes of Data, Poisongirls and Portion Control (as well as, on other shores, loads of Sex Gang Children, two of whom, Andy Cousin and Rob Stroud, also collaborate on this). It was taken up by Aviador Dro’s label Neon Danza semi-legally in Spain the following year: a badge of honour. Here the radio edit has been scrapped (how the times have changed…) and only the epic 8 minute ‘Dramadance USA Mix’ preserved. And it’s excellent dancefloor wave.

Michelle Yee-Chong’s sugary and melancholy vocal wishes, basically, that everything in her life was different from how it is, as she languidly, disappointedly coos her way through a galopping drum machine whose squareness opens up onto glistening synth panoramas. The pink and the black, indeed, are perfectly blended: it’s half frivolous, half unconsolable. The B-Side ‘Miss Fortune’, remixed in-house by label boss Stuart Leath for the occasion, is a totally different beast, but equally representitive of a kind of common, but mostly forgotten, sound: it is an echoy, over-filtered, slow and introspective affair which manages to wink at a certain goth aquatic hauntedness and at the same time presage certain more ’90s abstract electro moods.

While the two tracks may not be the ones that change your life, Sometimes I Wish is the kind of record you put on at a party and it’ll immediately do things (good things). Even if no-one knows what it is, everyone will instinctively recognise, and maybe love, its atmosphere. It has that special smell of patchouli and of Woolworths pick’n’mix at the same time – quite intoxitating, after all.