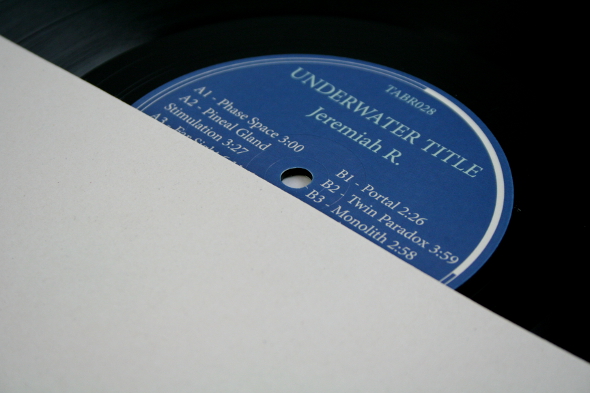 In the Juno Plus label profile of Tabernacle last year, it was clear that the people behind the label have a deep and wide-reaching knowledge of and passion for various electronic music forms. Even a cursory glance at Tabernacle’s back catalogue makes it quite clear that they bring this passion to bear on their label. While some of their peers might profess a love of underground electro, few have the conviction to actually release it. In fact, most people running labels these days would probably view deep, esoteric electro as a form of commercial suicide. 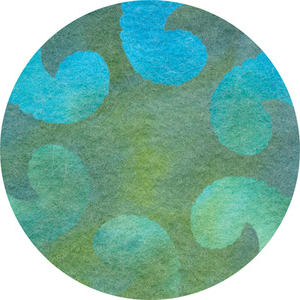 It’s true that electro has enjoyed a creative resurgence in recent years, but does this translate into sales? Underground electro is one of the few electronic music forms that doesn’t have the support of a club network or well-known DJs – apart from Dave Clarke – to champion it. It likely appeals to an older audience that doesn’t go out as much as they used to but who have the resources to buy vinyl.

For this cohort, Underwater Title is, quite literally, music to their ears. Jeremiah R. has released a handful of releases, most notably, last year’s The New Wave, and takes influence from classic electro artists like Drexciya, ERP and Gosub. Fittingly, “Phase Space” starts the release with the sub-aquatic bass of Stinson and Donald and the outer space squiggles of UR but has a laid back tempo that augments its dreamy feeling, while “Pineal Gland Stimulation” is more cosmic as Rhodes solos play out over steely drums.

However, Underwater Title also sees Jeremiah R. diversify into related sounds. “Far Sight” is led by tearful synths but its rigid snares sound like it should belong on Carl Craig’s Landcruising, while “Twin Paradox” could be a more ethereal version of Aril Brikha, as wispy melodies unfold over a pulsing, warbling bassline. In spite of these diversions, Jeremiah’s real expertise lies in creating windswept electro arrangements as the sweeping pads of “Portal” and the eerie melodies and powerful bass undercurrents of “Monolith” demonstrate. Underwater Title is a resolutely purist affair and Tabernacle deserves praise for releasing it.

A1. Phase Space
A2. Pineal Gland Stimulation
A3. Far Sight
B1. Portal
B2. Twin Paradox
B3. Monolith
B4. Blue Algae