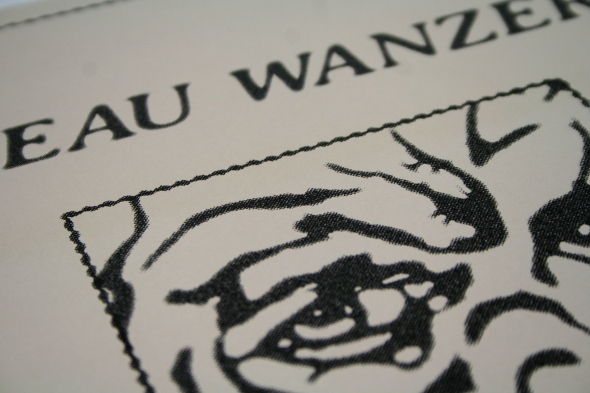 Until now we’ve mostly gained a sense of who Beau Wanzer is, musically speaking, through a series of collaborative projects, not to discount his recent excellent solo forays for L.I.E.S. and Nation. The straight to tape, snake-like rhythm tracks of Streetwalker with Elon Katz, the perma-shifting Jakbeat of Mutant Beat Dance with Traxx and the power loop techno of Civil Duty with Shawn O’Sullivan. Collectively, these projects and others hint at Wanzer’s talents and influences without revealing much about the man himself. If a sense of uncertainty about letting the world in on his own individual sound was the defining force here, such concerns are unfounded on the basis of the qualities shown on this collection of archival recordings from Beau Wanzer. 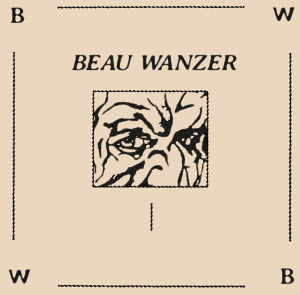 Drawn from recordings made between 2002 and 2008, this 12-track, self-released collection should not be considered as an artist album per se, in that Wanzer did not lay them down with the intention of release. Instead it’s more a captivating 35-minute insight into how an artist’s ideas can develop when freed from such pressures and creative constraints. Why release this now then? Well, it’s clear there is an audience amongst the current generation receptive to this kind of music; people who crave the track IDs to the more obscure moments in a Powell or a Traxx DJ set and are thrilled by the ideas and innovation shown in a Guyer’s Connection or ImpLOG reissue. Though Wanzer has, typically, said little in a public capacity on his motivations for releasing this LP, he must be aware that this audience is ready to hear his own personal music experiments.

Given their close relationship and the nature of this release, it’s tempting to draw parallels here with the Charles Manier album Tadd Mullinix released last year. Like this collection, that Manier release pulled from an archive of personal recordings Mullinix had no initial intention of releasing and there are certainly similar influences at play for both artists. However these 12 tracks – supposedly the first of several album-length releases from Wanzer planned – are a more introspective listen, less immediate than Charles Manier and less indebted to the kind of dynamism the more outgoing selectors were drawn to.

For the most part, this collection is very much an extension of the short song-based experiments Wanzer delivered on the recent Power Outage 10” for Nation, with trademark vocals muffled and obscured and tracks no longer than two or three minutes. That’s not to say there are no cuts for the floor here; “23132” for example screeches and bucks with kinetic energy beneath the garbled vocal delivery of the artist and was a highlight of Lee Gamble’s recent RA podcast. Closing track “Headspace” proves to be as memorable because it brings a wholly different mood to the fore, foraying into sublime, calming kosmische every bit as meditative as the title suggests.

Six tracks in, “I Don’t Even Want To” stands out as the collection’s centrepiece in every way and perhaps the inclusion that represents Wanzer’s various sonic impulses best. It’s as undoubtedly bizarre as everything else here, with amphibian vocal inflections deployed as rhythmic elements and Wanzer’s pitch bent vocals slurring drunkenly. Yet it’s all reined in by the whip crack of sturdy drums, giving the track a particularly vampish strut which leaves a lasting impression.