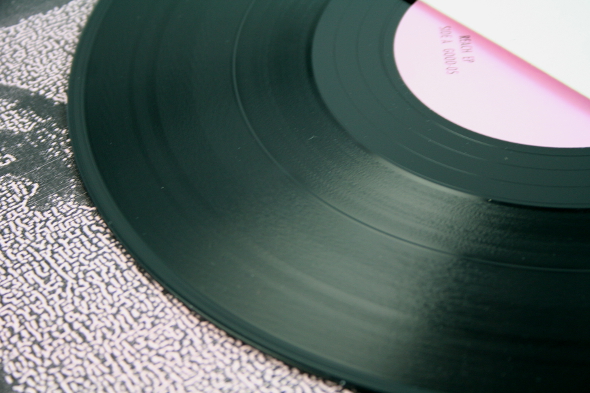 Judging any artist on the strength of their early releases is fraught with danger. While they may have spent years cultivating a trademark style prior to securing that elusive debut, they could just have easily struck lucky. A first 12” featuring four almighty cuts might be the sum total of their completed tracks, or at least the best of a largely mediocre bunch. Of course, such early explorations can hint at greatness, or at least suggest the producer – or producers – in question have, to coin an old cliché, “something about them”. It might be a keen grasp of atmosphere, a desire to mix things up, or an innate sense of what works on a dancefloor. By the same measure, it might be a glimpse of their influences or a sure-footedness about their production that most catches the ear. 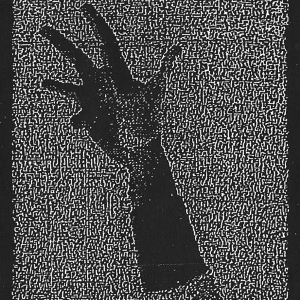 All of these things, in different amounts, could be said about the first EP from young production duo Nummer. It’s still early days in their development, but so far the signs are good. Certainly, the London-based French duo’s debut, Beyond Time – Interpretations, released back in April on Peur Bleue, was quietly impressive. It projected them as producers mature beyond their years, just as happy laying down curious downtempo beat-scapes as intense, horror-inspired techno. One of the tracks, the stand-out “A Predestination Paradox”, even defied easy categorization, featuring as it did a mixture of jazz double bass and cymbals, hypnotic drum machine rhythms, clandestine textures and discordant, off-kilter electronics. Given their lack of previous releases, it was a surprisingly assured debut.

This second 12” – their first for Brian Not Brian and Salik Z’s largely off-the-radar Going Good imprint – is impressive, too, though it does have an altogether different feel to its predecessor. Given that Going Good has released material from Mood Hut alumnus Cloudface and Aquarian Foundation, as well as hardware-obsessed synth fetishist Moon B, it’s perhaps unsurprising that the Reach EP has an altogether more positive vibe. It’s not that it’s deeper, specifically – there was an impressive depth about the late night compositions that marked out Beyond Time – Interpretations – just that it has a more obviously melodious and dreamlike feel. If their debut felt like music to soundtrack late night walks around abandoned cities, the Reach EP seems like dawn, distilled into a quartet of diverse compositions.

This is perhaps most obvious on “Moon To Jupiter”, whose picturesque, new age influenced riffs and starburst melodies flitter across the sound space like a butterfly caught in an early morning breeze. While the underlying groove is dancefloor friendly – thanks, by and large, to a combination of a rising and falling bassline and some neat drum machine programming – it’s the sheer unfettered joy of the track’s more musical elements that catch the ear. If Mood Hut or Future Times had released it, DJs would be clamouring to get a copy.

This fresh, early morning vibe is replicated on opener “Scion”, which fixes this new age sensibility to clear Detroit techno influences. It rolls along at a deep house tempo, with a similarly undulating bassline, but its’ hissing cymbals, darting synths and woozy chords recall classic Motor City futurism. Like “Moon To Jupiter”, it is pleasingly melodious, but doesn’t overdo it. Listen carefully and you’ll hear plenty of crackly textures and analogue hiss, something that gives the track an altogether sparser, looser feel.

In the midst of all this quiet beauty – see ambient cut “Marvin” for further proof of the duo’s credentials in this regard – sits “Closed Time Loop”, an altogether more robust and eccentric concoction. Its’ skittering, 808-electro beats, pitched-down vocal samples and quirky textures give the track a strangely druggy feel. Throw in minor key chords, nagging cymbals and just the right amount of delay, and you have something that sounds like Drexciya after a night dancing to smooth deep house and Nicholas Jaar records. It sits a little oddly with the rest of the EP, if told, but it’s still impressive. If anything it provides a much-needed link to Nummer’s Peur Bleue debut, joining the dots between two disparate – but equally atmospheric – EPs.