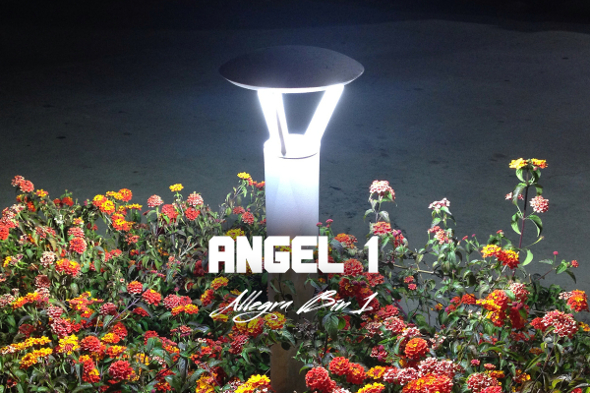 The LA-based producer will make his 1080p debut next month.

Vancouver label 1080p is undoubtedly one of this year’s breakthrough operations, with a fairly relentless release schedule that’s hard to keep tabs on but always a delight to dip into. It’s a fact that’s not lost on other labels either, with Khotin’s Hello World tape licensed for a vinyl issue by Berlin’s Faux Pas, whilst whispers abound of a similar treatment for Lnrdcroy’s immense Much Less Normal. Within the batch of tapes 1080p have planned for November is the label debut of Angel 1, the current production alias of Los Angeles-based Colin Field who has a healthy collection of cross format releases to his name on interesting, smaller DIY tape labels.

Entitled Allegra Bin 1, the seven track release looks to be a suitable introduction to the “unique plasticity” of Angel 1, and seems very much inspired by Field’s urban surroundings in Los Angeles. A typically detailed press shot from 1080p expands on the themes at play, explaining Allegra Bin 1 is about “the constant unfolding that occurs as you move through the city with communication and drama on many levels, interpreting the messages and signifiers that can hit at any moment and getting extremely buzzed in the process.” Opening track “One Wish – Shah” is available to stream below and should give you an idea of what to expect.