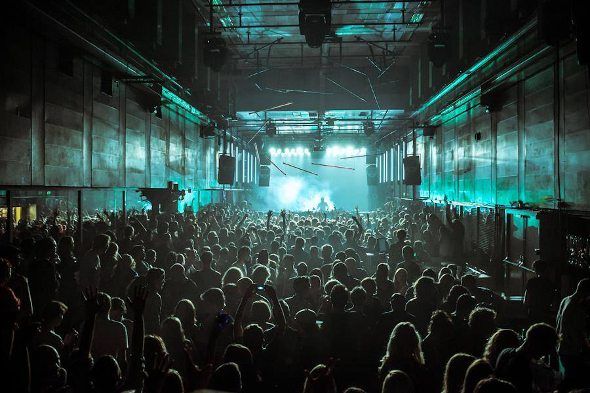 The Amsterdam venue will celebrate its five year tenure in a forthcoming publication.

The owners of Trouw will be signalling an end of era when the club closes its doors in January 2015, calling time on what many, ourselves included, regard as one of the best venues currently in operation. Plans to close the venue were first revealed last year, whilst the owners put a more concrete date on proceedings earlier this summer with the official farewell programme commencing on December 24 and running for 11 days until January 3. Whilst it’s hard to really convey fully in words the experience of attending the former printing factory, Trouw’s owners plan to do their best with the news of a forthcoming book celebrating the club’s five year run.

As Resident Advisor report,The Trouw Book is due to be released in December and collates a host of exclusive pictures, personal anecdotes and interviews from people involved in the club’s rise. Founder and creative director Olav Boswijk is, naturally, heavily involved having penned an opening letter and detailed much of the book’s history of Trouw, whilst Gerd ‘the word’ Janson and Optimo are amongst the acclaimed guests who contribute. In addition to the standard book edition, Trouw are planning a limited box set of some 250 copies which will also include a double vinyl LP featuring music from the club’s residents, photo prints and actual physical remains of the club.

More details can be found at the Trouw website.