Geena returns for duty on Antinote

Nicolas Molina will grace the Parisian label with a third 12″ entitled On The Top Of A Deep Hearted Fern.

Quentin Vandewalle’s Antinote has undoubtedly developed into one of the most musically diverse yet richly rewarding record labels since its emergence in 2012, exemplified by how natural it felt for the recent arrival of an album length trawl through ’70s style cosmic library music from the unheralded Stéphane Laporte. As the Antinote family has grown, local Parisian producer Nicolas Molina (pictured above) has carved out a niche for himself as the label’s figurehead for more club focused material with the two Geena 12″s issued to date.

Following the announcement Molina was to unveil a more techno-centric side to his productions with a record for Clem Meyer’s Odd Frequencies label as Accem Myomi, news now arrives the producer will imminently drop a third Geena 12″ for Antinote. Entitled On The Top Of A Deep Hearted Fern, the forthcoming 12″ should instantly appeal to fans of Geena’s output, retaining the playful approach to classic house tropes, humourous titles and the brilliantly bold artwork of his previous releases.

Antinote will release On The Top Of A Deep Hearted Fern by Geena on October 20. 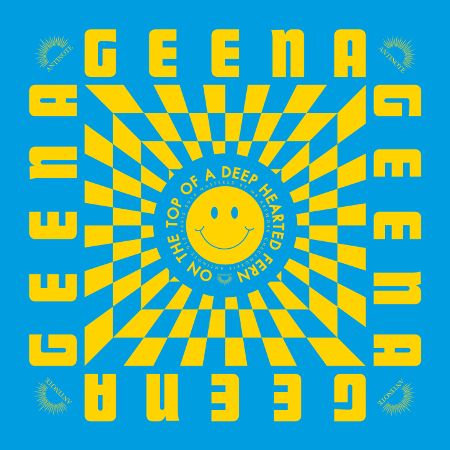