The hive of activity centred around Glasgow creative space The Green Door Studio comes up trumps once more, as one half of Organs Of Love joins forces with a Golden Teacher to form LAPS for the latest slab of excellence from the Clan Destine label. As LAPS, Alicia Matthews of Organs Of Love is Sue Zuki and Golden Teacher’s Cassie Ojay becomes Lady Two Collars; any worry of this sounding like the makings of a discarded Mighty Boosh episode is however put aside, as the pair rip through seven tracks that throw elements from all corners of their musical influences into the mix with the odd bit of assistance from their friends and contemporaries. 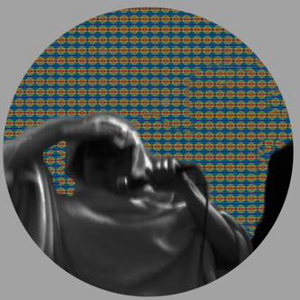 It’s not been made clear how long it took for the LAPS project to run from conception to completion, but there’s a sense of “Fuck it, let’s move on” to the rough execution that leaves you thinking Matthews and Ojay laid it all down in a few days at most. And this grubbiness works in their favour, lending the Ladies As Pimps EP a similar ‘warts ‘n all’ charm to the album Anika recorded with Beak a few years back.

Opening track “All The Kids” is Paul’s Boutique opener “To All The Girls” brattishly flipped on its head by The Slits as produced by Lee Perry, with a dash of The Black Album era Jay Z for fine measure, and LAPS don’t bother to hide their inspirations as this EP progresses. Nor do they dally too long on one particular idea, with the tracks rarely slipping past the four-minute mark. Personal highlight “Klymaxx” is LAPS at their most subversive, the heavily dubbed out disco bump pushing vocals deep into the mix, leaving you with the dicey prospect of leaning in ever closer to the speakers as you turn the volume up to try and piece together their meaning. But listen to the track: this is music meant to be felt on the floor and in the hips, not have its lyrics dissected online by me or anyone else.

The remainder of Golden Teacher contribute to another highlight in “MOJO”, which is so rough in the cut it needs two false starts before it gets going. Regardless, the obese bass line somehow manages not to self combust as the track’s temperature rockets skywards. It’s on the verge of being quite silly, but is in keeping with the lack of seriousness throughout the EP as a whole.

A feature published on Resident Advisor earlier this year highlighted the wave of musicians, bands and acts emerging in Glasgow with the assistance of The Green Door Studio, and this EP will only add to the tantalising picture laid down by Golden Teacher, General Ludd et al. Despite the fact I’ll recommend Golden Teacher to anyone that asks for a music tip, I’ve no actual firsthand experience of Glasgow and the bands that are making it currently so exciting; the Ladies As Pimps EP leaves me feeling I need to remedy that sooner rather later.