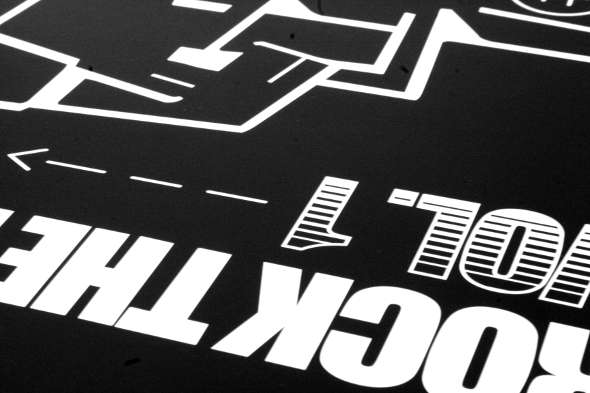 There’s something refreshingly honest about the kaleidoscopic, drum-machine heavy retro-futurism of Benny Badge and Inkswel’s Hot Shot Sounds label. Hot Shot has never hidden it’s influences; it’s raison d’être is simple: to deliver synthesizer-heavy music inspired by “electronic soul” from the ‘80s and, to a lesser extent, early ‘90s. There’s not much more to it than that, meaning the label’s reputation rises and falls on the quality of the material; not so much whether it ripples with the aural trademarks of 1980s funk, soul, disco and electro – for the record, it usually does – but whether each track is good enough to stand on its’ own two feet. 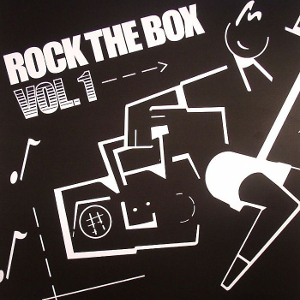 When pushing this kind of well-meaning and exceptionally well-observed musical revivalism, the margin for error is tiny. Get it wrong, and you’re into the realms of pastiche. Twist the script slightly – say, by combining classic sounds with modern production techniques and dancefloor nous – and you have more wriggle room. Even so, it’s a fine line. Thankfully, both Inskwel and Benny Badge (particularly under his Freekwency alias) are past masters in this regard. While they’ve both released plenty of husky, atmospheric deep house, they’re just as likely to be found dropping Dam Funk or Onra style boogie-flavoured beat science or drum-machine heavy ‘80s dubs.

Study both producers back catalogues, and you’ll find many aural hallmarks associated with 1980s electronic soul music; bold, stargazing synths, stuttering edit effects, tough but swinging drum machine rhythms and copious amounts of tape delay. Clearly, they’ve studied the productions and remixes of period producers such as Jellybean, Nick Martinelli, Paul Simpson, Hubert Eaves III, Larry Levan, the Latin Rascals and Jam & Lewis. Even so, there’s a fresh feel to much of their material – despite the authentic synthesizers, drum machines and ‘80s style production tricks – that makes it essential for all those with a love of music from the period.

While their material for other labels has often drifted towards house or hip-hop style beatmaking, Hot Shot Sounds has largely been a bastion of straightforward revivalism. The label’s 2012 debut, a split 7” featuring tracks from both producers, was unashamedly soulful – a bit like Loose Ends dragged kicking and screaming into the 21st century. Last year’s Cloud Eaters EP, a hook-up between Inskwel and Merwyn Sanders of Chicago house legends Virgo Four, added a little sparse, Cybotron-style electro flavour to proceedings – all crunchy rhythms, spacey bleeps and whispered vocals. As for Nite Class’s Benny Badge produced debut LP, Love Scenes, it sounded like a long-lost ‘80s boogie album – the kind that, had it been produced in 1983 rather than 2013, would be ripe for re-release on PPU.

Rock The Box Volume 1, Hot Shot Music’s latest release, is their most adventurous and expansive release to date. While both Badge and Inkswel are involved – they each provide a mix of the Badge-produced “Number One Priority” by High Accord, and they may be behind some of the other previously unknown artist names that appear throughout – the compilation also includes work from other like-minded artists.

These new signings and mystery acts provide some of the most stellar material on Rock The Box Volume 1. Arguably the most impressive contribution comes from Paradise Box, a mystery producer making his debut. According to his Soundcloud profile, he makes “box jams”. His contribution here – “Slave 2 Rhythm” – sounds like a cross between the sweaty, delay-laden, basement-friendly proto-house productions of Paul Simpson and early New York deep house. The beats clatter and thud, the thickset synth bassline darts and spits from the speakers, and the chiming melodies shimmer attractively. It offers an almost perfect balance between dancefloor grunt and heady, exotic late night fare. As debuts go, it’s little less than stunning.

French artist Jupiter Gang also makes his first appearance on wax following a trickle of self-released MP3 EPs. His sound is much more authentic and cheap-sounding; “America”, his contribution here, bubbles with tactile P-funk synths, crispy funk guitars and sparse-but-tough drum machine rhythms. There’s an uncomplicated, smiling sweetness throughout that’s nothing less than addictive. This mood of wide-eyed nostalgia can also be found on First Touch’s deep, bouncy and rolling opener, “Sure Feels Good To Me”. The German duo makes great use of cut-up vocal snippets and rubbery slap bass samples, weaving them into a midtempo stroll through deep boogie pastures. It’s sufficiently jaunty and sunny, of course – helped, in no small part, by some choice horn samples and D-Train style synth squiggles – but feels a little deeper and more immersive than its’ predecessors.

Elsewhere, there are a few more nods to contemporary production styles. The DL’s “Dusty Disco Balls” is a good case in point. It’s based around fuzzy, distorted loops from a smooth disco-funk record, onto which keys and loose percussion are overlaid. It sounds like something you might expect from one of the Detroit deep house set on their day off, or on the flipside of a Funkineven re-edits 12”. Equally as impressive is Booshank’s “Rock The Box”, a formidable exercise in effects-heavy, beat-driven production whose use of pulsing sub bass, out-there noises, dreamy chords and backwards samples gives it a particularly trippy feel. Although clearly a product of its’ time, the track’s liberal use of effects, machine-gun drum fills and odd noises is in keeping with the far-out nature of some 1980s synth dubs.

Perhaps the best example of this link between the past and present can be found in Quaid’s contribution to Rock The Box Vol. 1. “Rachel’s Beat” sounds like slow house, produced by a renowned hip-hop beatmaker, with additional vintage synths and dewy-eyed soul samples. It’s trippy and immersive, sitting somewhere between a dancefloor chugger and a headphone-friendly head-nodder. It’s an almost perfect example of the Hot Shot Sounds’ approach. What they offer is 21st century machine soul, framed by the sounds of the 1980s. These links to the present are vital; without them Rock The Box Vol. 1 would be little more than hollow revivalism.