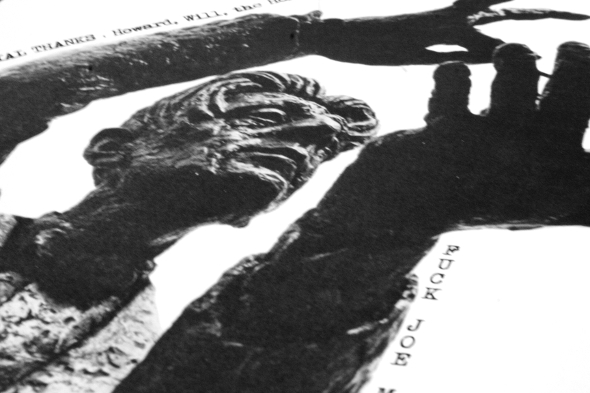 Given the label’s history of issuing gnarled techno and electro from Ekman, Gesloten Cirkel, MGUN and more, it’s something of a surprise to see Berceuse Heroique dipping its toes into the crowded waters of the unlicensed re-edit scene. It’s particularly surprising when you consider the ailing state of the edit game right now; with a few notable exceptions, the quality of edit singles has dropped dramatically since the days when the likes of Moxie, Todd Terje, Mindless Boogie and Dark & Lovely were ruling the roost. The disco side of things has taken the biggest hit, with quantized, filter-heavy reworks of obvious classics replacing oddball, delay-laden reworks of obscure cosmic and dub disco gems on record shop shelves. While sales of these kind of lazy edits are still surprisingly good, they’re hardly the kind of inspirational reinventions or pitch-perfect dancefloor tweaks with which the re-edit game was founded on.

What is not surprising is how this pair of Brasserie Heroique Edits sidesteps the traps associated with the modern re-edit scene, appealing more to diggers and obscurists than digital house DJs looking for “fixed” versions of well-known tracks. In fact, it’s highly likely that 99.9% of DJs won’t be able to recognize any of the source material on the second 12”. These are deep selections, suitably chopped, skewed and rearranged by masters of their art.

The first 12” is arguably the more “traditional” of the two, featuring as it does two tweaks, extensions and cuts of Nana Love’s disco-funk freak-out “I’m In Love”. The original was pretty obscure – appearing originally on a 1979 Ghanaian private press disco album – until BBE included it on their recent superb reissue of the original LP, Disco Documentary: Full of Funk. The original is something of a classic – a near 12-minute freak-out that contains long instrumental wig-outs to compliment Love’s quirky vocal passages. Given its length, you could argue that it’s ripe for re-editing, even if it has recently re-emerged from the shadows. 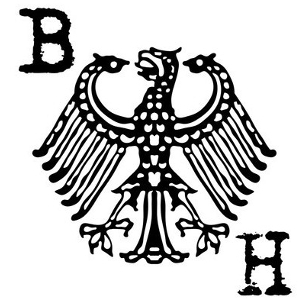 Helpfully, the editors involved both have terrific track records. The A-side is handled by Duster Valentine, a little-known pseudonym of Paul Bennett, the man behind the long-running – and rather brilliant – Moxie Edits series in the mid-2000s. As for the flip, that’s credited to Members Only, a long abandoned scalpel alias of Jamal Moss, the Chicagoan eccentric whose intense, out-there approach to machine music matches Berceuse Heroique’s.

Despite these credentials, there’s something slightly disarming about a label famed for fuzzy machine music choosing to release edits that stick to the tried-and-tested tape edit formula. They’re fine edits, of course, with Moss’s “Jamal Loves His Nana Too” full of odd tricks – strange backwards sections, loops that never seem to end and curious changes in sound levels (for the most part, the sound is typically booming and in the red, with Moss pushing the limits of acceptable sound). Moss’s Members Only Series was inspired by the tape edits of Ron Hardy, and his contribution here has a similar feel; think stretched out loop sections that slowly build in intensity without any reliance on cheap production trickery. Hardy’s functional but occasionally wayward edits were all about dancefloor energy, and that’s what Moss brings to the party.

Although he’s added nothing, you can tell it was the work of someone who plies his trade playing long, jacking house and techno sets. The way he utilizes the instrumental passages, carefully repeating saxophone and synth solos, before rewinding them and eventually bringing Love’s vocal back, is particularly impressive. Strangely, the track’s start and end – halfway through sections – makes it sound like it was hastily chopped out of a dusty old reel-to -reel tape. Anyone who has heard bootleg reissues of Ron Hardy edits will feel right at home.

Bennett’s contribution is a little smoother, production wise, and in keeping with the quality of material with which he made his name. “Duster Loves His Nana” strips out the original vocal completely, turning the Nana Love track into a freaky jazz-funk-meets disco stomper. It feels looser and groovier than Moss’s intense version, and is little more than a near perfect re-arrangement of the track’s instrumental passages – think synth, sax and organ solos riding a loose-but-heavy dancefloor groove. There’s a slightly longer drum break to begin with – a staple of modern disco edits – but other than that the track appears not to have been “fixed” in any way. Certainly, there’s no trademark Ableton chug or needless ultra-compression. It’s also just over six minutes, which suits contemporary dancefloors a little more than the sprawling original.

While these are decent edits, they don’t thrill perhaps as much as you’d expect. Thankfully, the second 12” in the series most certainly does. It’s altogether weirder, woozier and more electronic, and arguably more in keeping with Berceuse’s back catalogue (whilst, of course, sounding nothing like techno in any shape or form). All three of the edits that make up Brasserie Heroique Edits Part 2 are the work of Japan Blues, the DJ/production alias of crate-digger, record shop worker and all round Japan-o-phile Howard Williams. He’s previously put together a number of superb compilations of left-of-centre Japanese gems for Honest Jon’s, The Trilogy Tapes and Big Beat Records. Throw in a regular radio show on NTS Live, nights around London and a blog on the subject, and you begin the get the picture: Williams knows his stuff.

Of course, having a deep record collection doesn’t necessarily mean you’ll do great edits, but the trio of scalpel works presented here are excellent. Opener “Baroque Mutiny” sounds like an Oriental take on the kind of chugging, fluid, dub-influenced fare that regularly pops up on collections of obscure European space disco. It sounds like the product of experimental electronic sessions by a progressive rock band. It’s as atmospheric, otherworldly and – whisper it quietly – Balearic as you’d expect.

There’s a similar out-there feel about “Half Dead Pulse”, whose undulating rhythms, alien chords and distant vocal chants have a mid-‘80s proto-house feel about them. This is proto as envisioned by Ryuichi Sakamoto rather than Paul Simpson, though, with thrillingly dreamy, off-kilter results. It’s hard to accurately pin-down, like much of the best electronic music. It also includes what appears to be a zombie breakdown, which is arguably a first for any re-edit.

Williams rounds off a superb collection with “Mysterious Satsuma”, a decidedly Balearic and oddball edit which appears to have been reversed. That means backwards drums, crystalline melodies with that trademark hissing, off-kilter sound, and woozy, Far Eastern chords. It’s a little bizarre, but fantastically entertaining. Like the rest of the EP, it helps to restore faith in the potential of the re-edit. Maybe there’s still hope for the edit scene after all.

A1. Baroque Mutiny
B1. Half Dead Pulse
B2. Mysterious Satsuma