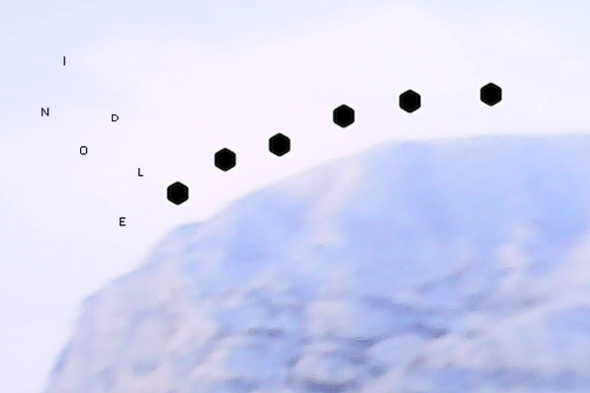 We speak with the man known as HOLOVR about his new label endeavour together with a full stream of one of its tapes.

You get the feeling London-based artist Jimmy Billingham is at his happiest when fully immersed in a variety of projects, with a multitude of monikers (HOLOVR, Tidal, Venn Rain and Holographic Arts to name just four) matched by the various labels he’s been involved in over the years. Billingham’s music has seeped through into the wider consciousness thanks to the two HOLOVR releases on Opal Tapes, but he’s been fully invested in the tape scene for a lot longer than that, with his musical output dating back to 2010 including the Tidal project issued on Digitalis, Hooker Vision and more.

This week saw Billingham add another label to his jacket in the shape of Indole Records, which launches in impressive fashion with no less than three tapes. Italian producer Roberto Semeraro returns to his Pearl River Sound project with Smallchamber Music, the follow up to the Childhood cassette issued by Further Records two years ago, while Indole also introduce the new Divan project from US artist Michael DeMaio. The label’s other tape is a split release between recent Where To Now? addition Morkebla and Tihkal, a new sample-based project from Billingham.

All three releases are available from the Indole Records Bandcamp, but we have a full stream of the Morkebla/Tihkal split tape available via the below SoundCloud player. We also took the chance to quiz Billingham on his motivations behind the new label and project and what he has planned going forward.

Hi Jimmy, you’ve been involved with various labels previously over the years, so how would you set Indole Records apart?

A few things really, mainly minor ones but together requiring the start of a new label.  The last label, S.I.N.K. CDs was, as you might have guessed, strictly CD, and entirely done by me: burning, scanning, printing, cutting, assembling – wanting to pare things down to get things out quickly without much fuss or financial risk. I was also interested to see how a label could work based entirely in Bandcamp.  Prior to this was cassette label Sunk Series, which my girlfriend, Jennifer Crouch, was also involved in, working on the artwork.  So in many ways Indole Records is a continuation of this, using Jen’s artwork for cover images, but just done a bit more efficiently and with a clear focus on deep, leftfield electronica – people working at the margins of and spaces between the established forms, interstitial work with an awareness of its background and history but also that pushes forward and outwards.

One of the initial releases is a split between Morkebla and yourself (which you’ve kindly agreed to let us stream) under a new project Tihkal. This is a more sample based endeavour, correct? What sort of samples went into making it?

The synth samples are from an old jungle sample CD. Sampling short phrases from old jungle tracks and then effecting and looping them was how I created a lot of the early Venn Rain recordings, so in some ways this project is a continuation of that, but using a phrase sampler rather than a sampling keyboard and looper this time. This is how I feel comfortable using samples – I wouldn’t normally dream of using sample CDs, but to do something other than the samples were originally intended for, I quite like that idea. The textural sounds on there were recorded over the summer in Suffolk, many in the area where Constable painted The Hay Wain, hence the title (not that I’m a fan of the painting).

Why did you choose the split release to introduce it? Did you feel there was some sonic correlation between the tracks from yourself and Alberto?

I suppose so, yes. We’d been in contact through Facebook, and thought his stuff would fit well on the other side – he has a nice murky, ambiguous sound that I like. What he came up with, independently of my track, is a closer sonic fit than I’d imagined, which worked out great. 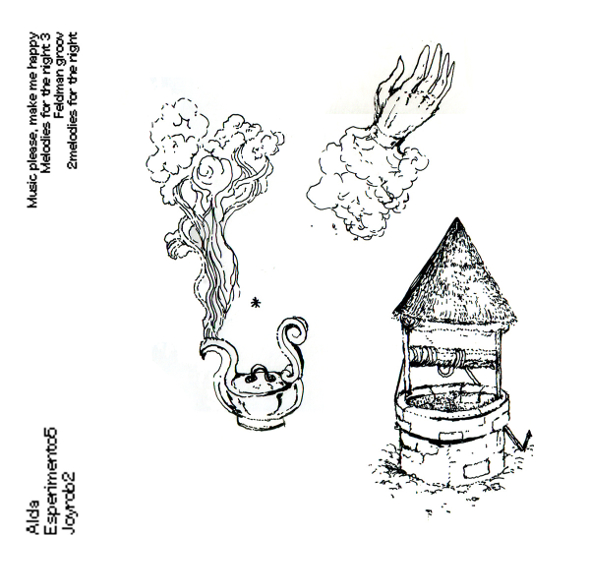 Could you tell us a bit more about the other two tapes that Indole has launched with?

Well Roberto (Pearl River Sound) kicked the whole thing off really, sending me those tracks.  At that stage I had no intention to start a new label, but I think he thought that the Viroidlife Bandcamp was a label I could release it on (it’s actually just a banner for my different projects).  But I loved what he sent, and couldn’t have made it work on S.I.N.K. CDs but didn’t want to pass up the opportunity to release that album. And then it all fell together quite naturally – Alex (Body Boys) put Michael (DIVAN) and me in touch, and he sent various bits over, which became the BETRAYAL tape.  I think that’s a really strong piece of work, with distinctive production and mood. Both him and Alex are up to some good stuff at the moment (young lads, too).

Beyond this batch what are your plans for Indole Records?

I think a HOLOVR 12” will be up next, and then hopefully more vinyl. Ideally, the label will be able to support itself through releasing records, with the odd tape. But really, I wanted to see how this first batch went/goes before making any commitments. I’d love to work with some completely new artists/aliases and create a strong identity for the label, carving out affecting, tangible zones for escape and reflection (and hopefully beyond 10 releases!). There’ll be one last batch from S.I.N.K. CDs, too.

All tapes on Indole Records can be bought on Bandcamp.